We called him ‘the Boss’ 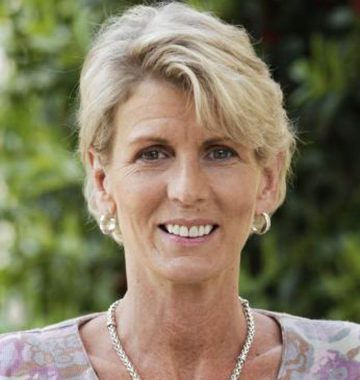 Some have speculated that this moniker was coined disparagingly by those who resented Marc’s power.  Nothing could be further from the truth.  Marc’s nickname was born not out of power, but humility.

I first started working for Marc in 1993 toward the end of his first year as President Pro Tempore. Out of respect for both the man himself and the office he held, I called him Senator Basnight even when speaking to him directly. Soon after he hired me, Marc and I went to Dare County for a meeting. Of course, I referred to him during the meeting by his official title. Afterwards he said, “Don’t call me Senator in front of my folks back home.  I’m still just one of them and always will be.” I couldn’t simply call him Marc, I replied.  I felt that was entirely too informal and disrespectful.  “You’re a smart Carolina lawyer,” he retorted. “Come up with something. Just don’t call me Senator.”  I thought for a minute and said, “Well, since you’re my boss, I’ll call you Boss.” The name stuck.

For the next 17 years, those of us who had the privilege of working for Marc called him Boss. For us, it was a name mingled with respect, admiration and love. Marc inspired this in us. In return, we gave him our best efforts, our hardest work, and our devout loyalty. Some might think this a fair trade. For my part, I think I got the better end of the deal.

Some recent articles have made mention of Marc’s temper. There’s no denying that he had one, and I was not immune from it. But in all my years working for Marc, at the end of the week as he was leaving Raleigh, he never failed to stop by my office and thank me. And, to tell me that he loved me. This most powerful of politicians took time every week to let me know what I meant to him. I can’t begin to express what that meant to me.

Those of us on his staff have so many fond memories of the Boss. Here are but a few of mine.

For exercise, he always took the stairs instead of the elevator and made us take them too. He was forever losing his reading glasses and we would scurry to find them. He never allowed voice mail on his legislative office phones and insisted the phone be answered by the third ring. If not, he’d answer himself.

He would have us fax (yes, fax) documents to his restaurant and then forget to put paper in the fax machine. In the days before GPS, he would on occasion get lost driving to an event somewhere in the state and we’d have to read him directions over the phone. When we wrote the Clean Water Management Trust Fund legislation, he insisted that we include portages on the list of eligible projects, and then for years, teased me for not knowing what a portage was (trust me, I know now).

At the Virginia Dare Bridge dedication, he eschewed riding in the motorcade and instead walked across the entire span. He would call his wife, Sandy, each afternoon to see how “his girls” were doing and brag to us about their accomplishments. He was so very proud of his daughters Vicki and Caroline.

One of my most poignant memories is the night of November 2, 2010. We gathered in Marc’s legislative office to receive election results as had been our tradition since 1994. When it became clear that the Democrats had lost their majority in the State Senate and Marc’s 18 years as President Pro Tempore were over, the first phone call Marc made was to then-Senate Minority Leader, Senator Phil Berger, the likely new President Pro Tem who has since gone on to serve in that office for the past decade.

Marc’s graciousness in defeat was remarkable.  He heartily congratulated Senator Berger on his victory, encouraged him to keep the Office of Pro Tem strong for the sake of the Senate, and pledged to make the transfer of power as smooth as possible. He then told all of us (even me, though I was no longer on his staff by then) to do everything we could to assist Senator Berger’s team in the transition.  And we did.

As adeptly as Marc had wielded power, he gave it up readily with grace and dignity.  He could do so because for him, the power of his office was never a means for self-aggrandizement, but a tool with which to do good for others.

Marc’s legacy will live on in the institutions and causes he championed. Eulogies aptly recount his legendary support for our state’s universities and natural resources. While praise for these accomplishments is richly deserved, I think Marc’s most enduring legacy is the countless individual lives he touched through his compassion for and dedication to helping the common person. I am one of those people.

When he hired me, I was a 29-year-old recent law school graduate from a poor family with no political connections who had not been inside the legislative building since my obligatory elementary school tour.  Before he hired me, Marc and I had never even met. Despite my shortcomings, he saw in me potential I didn’t see in myself. He believed in me and supported me. He gave me a chance.  Like so many others, I am an infinitely better person for having known him.

I learned many lessons from Marc.  Humble beginnings are a source of pride, not embarrassment. The plight of a single person is just as important as the weightiest policy issue. Hard work, dedication, and loyalty are not commodities to bargain away, but values to live by.  Power held too tightly is fleeting while power held loosely grows stronger with time.  Dedication to a principle and compromise in pursuit of that principle are not mutually exclusive.  How to disagree without being disagreeable.  Admitting you’re wrong shows wisdom, not weakness. Even when you can’t tell the entire truth, never lie. Love for this state, her people, and institutions like our universities that make her great. Appreciation for the beauty and rich history of his beloved Outer Banks. The value of humor even in the worst of times. Being a public servant is not a menial job, but a proud calling. How meaningful a simple “thank you” can be. From Marc, I learned what a servant leader truly is.

We called him the Boss because we loved him. And he loved us all so much more in return.  Thank you, Boss, for all you did. Most of all, thank you for giving us your greatest gift – yourself.