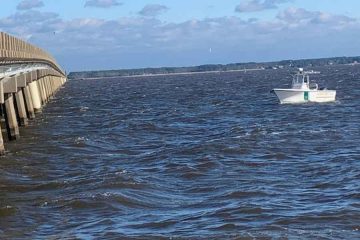 The NC Wildlife Resources Commission has announced on Jan. 4 that the NC Medical Examiner’s Office in Greenville was able to positively identify Alexander Rush as the man found near Point Peter Road on December 28th.

On Dec. 5, at approximately 7:00 p.m., a kayaker, later identified as Rush, went fishing near the Old Manns Harbor Bridge. He failed to return home and a search ensued. Several days later, the official search was suspended.

About three weeks later, on Dec. 28, a duck hunter discovered a deceased person on the shoreline between Manns Harbor and Stumpy Point near Point Peter Road.  When a positive identification could not be achieved at the scene, the body was sent to the NC Medical Examiner’s Office for an autopsy and identification.