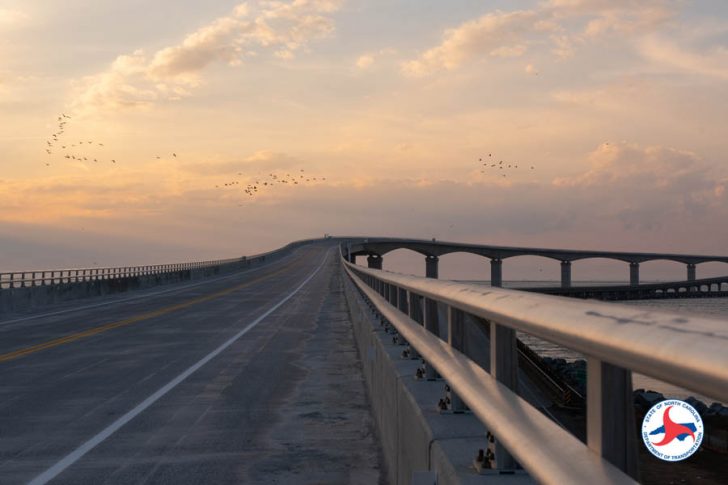 ​The Marc Basnight Bridge spans the Oregon Inlet on the Outer Banks. (NCDOT)

The Marc Basnight Bridge in Dare County has been named 2020’s ‘Bridge of the Year’ by American Infrastructure magazine, a leading industry publication.

The 2.8-mile bridge, which spans Oregon Inlet, opened to traffic in February 2019.

“Not only is it a visually superior replacement to the Herbert C. Bonner Bridge,” the magazine says, “but it serves as a key hurricane evacuation route for the state.”

American Infrastructure went on to laud the engineers who designed and built the bridge for overcoming the harsh coastal environment and rapidly changing sea conditions to create a structure built to last 100 years. The entire article can be found here.

Basnight, the bridge’s namesake who was one of North Carolina’s most powerful state legislators, died Dec. 28. ​