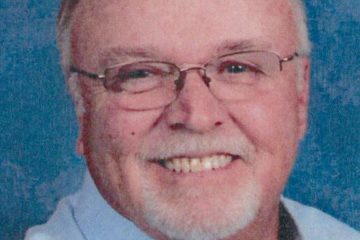 David E Mooring, 71, of 1350 Possum Quarter Road, Elizabeth City passed away Friday, January 8, 2021 at his home after a brief bout with cancer. David was born December 5, 1949 near Fremont, NC to Luther and Alean Minshew Mooring. He considered Elizabeth City home after moving here at the age of six. David worked as a heavy equipment operator for NC Department of Transportation for thirty-one years. After retirement from NCDOT, he worked at several jobs including six years with Pasquotank County.

David and Christine enjoyed fun filled days camping, dancing, golfing, and other excursions with their close friends, Chris and Loretta Christiansen and Steve and Kathy Holthoff. He was a true animal lover as seen on his ”mini-ranch” with his beloved dogs, horses, and cats.

Out of concern for everyone’s safety at this time, a memorial service will be planned for a later date at Berea Baptist Church.  Twiford Funeral Home, 405 East Church Street, Elizabeth City, NC is assisting the Mooring family. Online memorial condolences may be sent to the family at www.TwifordFH.com.