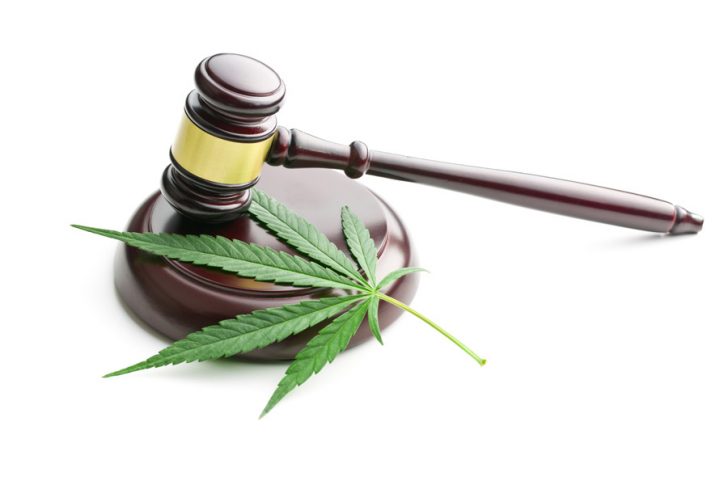 Around the nation, momentum for change has built

Public polling has shown that a large majority of North Carolinians support legalizing medical marijuana. A statewide task force appointed by Governor Roy Cooper recently recommended decriminalizing marijuana possession. And this past November, voters in red states such as Mississippi, Montana and South Dakota passed referenda to legalize either medical or recreational marijuana — bringing the number of states to do so up to 36.

For many, all these developments raise a question: Will North Carolina remain in a shrinking minority of states to prohibit medical and recreational marijuana?

“I did not think Mississippi was going to beat us to it,” said Zac Lentz, board chairman of North Carolina’s chapter of NORML, a cannabis consumer advocacy organization.

But even as more states move towards some form of decriminalization or legalization of marijuana, there has been very little momentum in North Carolina. “It’s kind of bleak, it has been for a couple of years,” Lentz said.

The main hurdle in North Carolina — and what sets it apart from many other states, according to advocates — is that the state’s constitution doesn’t allow for “citizen-led ballot initiatives,” which enable residents to get a referendum question on the ballot with enough petition signatures even if politicians don’t approve. Voters in Mississippi, for example, petitioned to get medical marijuana on the ballot and passed it overwhelmingly (74%) despite strong objections from Republican governor Tate Reeves and other state leaders.

“That’s the key, really,” Phil Dixon, defender educator at UNC’s School of Government said about citizen-led ballot referendums. Dixon is a former criminal trial lawyer and has written about hemp and cannabis issues at UNC for about three years.

“I’ve heard from advocacy groups that say this is why they don’t even bother focusing on North Carolina anymore,” he added, “because all these states where you’ve seen this action to force legalization and decriminalization, most of that has been accomplished through a ballot referendum…If there was [a citizen-led ballot initiative in North Carolina], I think there’s probably ample support to at least get a…referendum on the ballot.”

Nationally, a Gallup Poll released in November 2020 found that 68% of adults support marijuana legalization, a number that has essentially doubled in about 20 years. Nationally, that includes almost half (48%) of Republicans.

But that support isn’t reflected in the North Carolina General Assembly, which has shown little to no appetite for discussion on cannabis reform bills. Bills seeking to legalize or decriminalize have been introduced, but fail to gain traction, often dying at the committee level without a public hearing.

In 2015, North Carolina did become one of the first states to enact a law that allowed the use of hemp extract, otherwise known as CBD oil, as an alternative treatment for children with intractable epilepsy as long as the hemp extract contains less than .9 percent THC, the chemical in cannabis that produces a high.

Efforts to decriminalize and legalize marijuana got some new life last month when Governor Cooper’s Task Force for Racial Equity in Criminal Justice recommended decriminalizing possession of up to 1.5 ounces of marijuana and convening a “task force of stakeholders” to study the possibility of legalization.

North Carolina Attorney General Josh Stein, who co-chaired the 24-member task force, said the group looked at marijuana reform in light of statistics showing Black North Carolinians are more likely to be arrested for marijuana possession than white ones.

“Black North Carolinians and white North Carolinians smoke marijuana at very similar rates, yet African Americans are three times more likely to be arrested and convicted of simple marijuana possession than white people,” Stein said in a phone interview with the Voice. “We cannot have the laws applied inequitably.”

The task force’s final report states that in 2019, 61% of those convicted for possession of less than a half-ounce of marijuana in North Carolina were non-white. And according to public data compiled and analyzed by the American Civil Liberties Union (ACLU), Black individuals were about three times more likely to be arrested for marijuana possession in North Carolina than white ones in 2018.

The ACLU data, which calculates arrest rates based on the number of arrests by race and the size of that racial population, concluded that Black people were almost 12 times as likely to be arrested for marijuana possession in Dare County as white people. And in a 2013 report, the ACLU called out Dare County for having one of the highest disparities among all counties in the country based on 2010 arrest data.

In an interview with the Voice, Dare County Sheriff Doug Doughtie said he was “shocked” by the ACLU numbers that he said do not match his own internal data. He also noted that his department usually issues just a citation with no arrest unless someone is also being charged with an intent to sell.

The sheriff indicated that he doesn’t have an issue with legalizing medical marijuana, but opposes legalizing recreational use because he said it can act as a gateway to other drugs. “I’ve arrested and talked to a lot of people that said that [marijuana] got them into other drugs,” he said.

Unlike with legalization, decriminalizing marijuana would mean that people caught possessing it would still get in trouble, however, it would be treated as a civil, not criminal, offense and would be punished with a fine or other civil penalties. Virginia, for example, voted last year to set the civil penalty of $25 for possession of up to one ounce of marijuana.

The task force wrote in its final report that, “when determining what civil penalty is appropriate, legislators should consider alternatives to fines such as community service to avoid inequity in civil justice debt.” The task force also recommended the state to expunge any prior convictions of marijuana possession, “so that they have a clean slate going forward,” Stein said.

The marijuana reform recommendation, a small piece of the task force’s overall report containing over 100 recommendations, will now go to the General Assembly, which can take or leave each recommendation.

Despite the legislature’s resistance to cannabis bills in the past, Stein said he is optimistic the recommendations will pass. He pointed out that the legislature last summer approved two criminal justice reform bills — The First Step Act, which allows judges to disregard mandatory minimum rules when sentencing low-level drug offenders in certain cases, and The Second Chance Act, which makes it easier for people with old, non-violent felonies and misdemeanors to get their records expunged.

Jim Quick, spokesperson for the conservative lobbying group NC Values Coalition, wasn’t as confident the recommendations will pass this session. He said that while the problem of racial disparities in marijuana possession arrests “doesn’t fall on deaf ears” in the General Assembly, he doesn’t see it being a high priority for lawmakers given the pressing challenges created by the pandemic.

“I think it would be an uphill battle in a regular year, but you do the COVID overlay on top of it, I just think that’s a tough ask for this Republican General Assembly,” Quick said.

Quick added that the NC Values Coalition doesn’t plan on lobbying for or against any upcoming cannabis bills and said he’d be open to studying the issues. The coalition has spoken out against medical marijuana bills introduced in the past.

North Carolina is often included in lists of states that have decriminalized marijuana nationally, though, as Dixon notes, there is a “spectrum” of decriminalization measures passed in different states.

North Carolina passed a decriminalization bill in 1977, lowering the penalties for marijuana possession during a nationwide wave of decriminalization brought on by a rise in adolescent use of cannabis. The trend made lawmakers in many states concerned that young peoples’ futures would be tarnished by a felony charge of marijuana possession. The changes were also seen as a way to relieve prison overcrowding while shifting the focus to harder drugs.

In the absence of legislative action, some district attorney offices and police departments have made the decision to deprioritize arrests and prosecution for marijuana possession cases.

Jim Woodall, the district attorney for Chatham and Orange counties, told the Raleigh News & Observer last year that he has already “more or less” decriminalized the possession of small amounts of marijuana in his two counties by not pursuing charges unless it’s a felony amount of over 1.5 ounces.

District Attorney Andrew Womble, whose jurisdiction includes Dare and Currituck counties, did not respond to requests for comment.

Looking ahead, despite the procedural and ideological hurdles, cannabis reform advocates hold some hope that the tide could be turning in North Carolina.

Lentz said the state chapter of NORML is more organized than in the past and is focused on growing its organizational apparatus.

“We don’t have wide enough reach as an organization, so I think there’s a lot of legislators out there that don’t actually hear anyone voicing support, so they are able to continue saying it’s not what their constituents want,” Lentz said. “That’s part of what we’re trying to change by getting a wider reach.”

Lentz also says that action taken to legalize marijuana in surrounding states may ultimately have an impact on North Carolina.

“I see other states making progress,” he said.  “Virginia is making progress, South Carolina sounds like it’s starting to come along, and if we’re surrounded by these other states, I think that will start to…build the public support and…help us kind of [quell] some of these fears that legislators point to.”