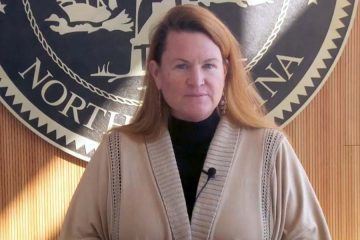 The Dare County Health and Human Services Department (DCHHS) announced on Jan. 25 that it would have to reschedule 300 appointments for its Friday Jan. 29 COVID-19 vaccination clinic after learning that the state would only provide half its promised allotment of vaccine this week. Those roughly 700 doses had been re-allocated to a state-run mass vaccination clinic at the Charlotte Motor Speedway and Bank of America stadium this weekend.

The news came after top county health officials pleaded over the weekend with the state to honor its commitment to provide 1,400 vaccines to Dare County this week. The county was able to scramble to secure another 400 vaccine doses from the Outer Banks Hospital and Onslow Memorial Hospital, meaning it will not have to entirely reschedule the Jan. 29 clinic.

According to a Jan. 25 release issued by DCHHS, only appointments issued for the Jan. 29 clinic are being affected by the shortage and those who are impacted will receive a phone call in order to reschedule.

In the county’s Jan. 25 release, DCHHS Director Sheila Davies declared that, “There are no words adequate to describe the frustration and dismay felt by myself and our team over having to cancel vaccination appointments…The people in Dare County and rural North Carolina deserve equitable vaccine allocation from the state.”

In a series of Jan. 24 email exchanges to N.C. Health Director Elizabeth Tilson, Davies expressed that same frustration over the unanticipated diversion of vaccines by the state.

“If someone could pull 700 doses from the 30,000 [dose] event [in Charlotte], I will personally make the 11-hour round trip from Dare to Charlotte to pick up the doses if it means not having to cancel our clinic,” she wrote.

Davies also wrote that she received emails from 20 health directors saying that their allotments were cut despite a call-to-action last week to local health directors by Governor Roy Cooper, North Carolina Department of Health and Human Services Director Mandy Cohen and other state leaders.

“It is really hard to describe what a stab in the back this feels like. The very teams that have busted their butts for 11 months have been shafted and it is beyond disappointing and hurtful,” Davies said, referring to the county’s allocations being used at the Charlotte event.

She noted that in vaccination clinics in Dare County this week, approximately 2,900 doses were administered, 1,200 of which were given during Dare’s largest mass clinic on Jan. 23. According to updated information on the county website as of Jan. 24, Dare County has now administered 4,588 first doses and 51 second doses of COVID-vaccines.

In the email exchange with the state health official, Davies also noted that the state had to find a way to get more doses to more local health departments — particularly those following the priority phase guidelines closely — and not redirect them to large scale events with corporate partners.