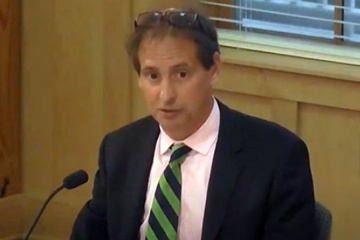 Chris Layton, the former town manager of Duck who resigned last July after being charged with assault on his assistant, is the new town manager in Plymouth, according to a story in the Coastal Review Online (CRO).

On Jan. 6, the Duck Town Council officially appointed Drew Havens to replace Layton. Layton currently has an April 8 court date in connection with the assault charges.