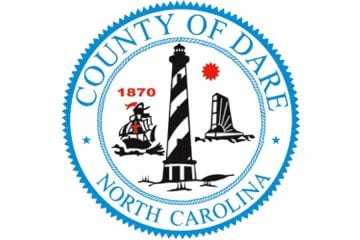 During its Feb. 1 meeting, the Dare County Board of Commissioners unanimously approved a conditional use permit application for a cluster home development in Frisco that will include four 900-square-foot, two-bedroom homes dedicated to long-term housing.

The development, located at 50636 N.C. Highway 12, is one of a handful of recent projects on Hatteras Island that have been approved or built since the county commissioners adopted several amendments to the zoning ordinance in 2018 and 2019 to address the lack of reasonably priced worker housing in Dare County.

The Outer Banks Chamber of Commerce, a driving force behind the move to create more permanent housing, has stated its belief that “the #1 deterrent to economic development was lack of reasonably priced housing for the workforce.”

Under the ordinance, homes in cluster developments are limited to 1,200 square feet and must be used for long-term use, defined as 31 days or longer. Dare County Planner Noah Gillam told the Voice that the amendment, adopted in 2018, was aimed at building “permanent housing stocks.”

“It’s a good proposed use of a cluster home development,” said Engineer Michael Strader of Quible & Associates, who is representing applicants Christopher and Kathryn Clark. The Frisco project will be constructed on a vacant parcel of land between Water Association Road and Spencer Lane.

According to the application, the units will be situated 28 feet apart, compared to the 15 feet required under the ordinance. They will each have two gravel parking spaces and will be accessed by a 20-foot asphalt road.

“This is not a case where we’ve been asked to maximize the intensity of this use,” Strader said during the meeting.

“Most of the interest [in this type of housing] seems to be on Hatteras,” Gillam pointed out, noting that some businesses are using the zoning amendment to create employee housing.