WHAT TO WATCH ON TV
Stream On: Who remembers Mark Twain? 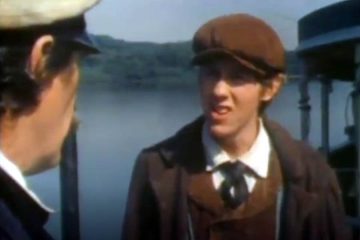 Young Sam Clemens (who later took the pen name Mark Twain) talked himself into a tumultuous apprecenticeship to a Mississippi riverboat pilot. (PBS)

Restless Sam Clemens (who later took the pen name Mark Twain) was, among other things, a Mississippi riverboat pilot, a Confederate militia volunteer during the War Between the States, and a miner, documenting most of it. As an author, William Faulkner called him the “father of American literature.” Here are film treatments of three autobiographical stories.

LIFE ON THE MISSISSIPPI [IMDb.com]

When Sam Clemens talked himself into an apprecenticeship to Horace Bixby, a Mississippi riverboat pilot, he heard deckhands singing out the depth of the water, when summoned by the pilot’s bell. They would lower a knotted rope into the river and report back. Two fathoms (twelve feet) was what the pilot wanted to hear, a safe depth for a riverboat to avoid running aground: the deckhand would sing out “mark twain!”

On the Mississippi in the 1850’s, riverboat pilot was the glamor profession, and they were a close community. Young aspirant Sam Clemens had no problems with self-esteem, as his book Life on the Mississippi recounts.

“I planned a siege against [the] pilot, and at the end of three hard days he surrendered. He agreed to teach me the Mississippi River from New Orleans to St. Louis for five hundred dollars, payable out of the first wages I should receive after graduating. I entered upon the small enterprise of ‘learning’ twelve or thirteen hundred miles of the great Mississippi River with the easy confidence of my time of life. If I had really known what I was about to require of my faculties, I should not have had the courage to begin. I supposed that all a pilot had to do was to keep his boat in the river, and I did not consider that that could be much of a trick, since it was so wide.”

It proved a huge trick, learning every foot of a serpentine river that constantly changes (such as when farmers redirected it around their properties) that must be navigated sometimes in the pitch black of a cloudy night. Bixby had asked Sam, “How do you feel about sudden death? There are seventeen ways to kill a steamboat and all aboard her.”

The book [here] begins with the history of the river, with as much technical description as Herman Melville devoted to whales in Moby-Dick. The TV movie boils it down to Sam’s successful education and an unfortunate but typical adventure during which a friend loses his life on another boat. (In the book, as in life, it was Clemens’ younger brother Henry.)

In 1861 the War Between the States put Sam out of the riverboat business, so he joined up with some friends in the pro-confederate Missouri State Militia, with romantic ideas of war. (WarfareHistoryNetwork.com)

THE PRIVATE HISTORY OF A CAMPAIGN THAT FAILED [IMDb.com]

“You have heard from a great many people who did something in the [War Between the States], is it not fair and right that you listen a little moment to one who started out to do something in it but didn’t? Thousands entered the war, got just a taste of it, and then stepped out again permanently.” (Mark Twain)

Twenty-five-year-old Mississippi River pilot Samuel Clemens was in his home port of New Orleans in late January 1861 when word reached the city that Louisiana had seceded from the Union. “Great rejoicing. Flags, Dixie, Soldiers,” he noted in his journal.

In 1981, a made-for-television film of Clemens’ story of his resulting two-week stint with the Missouri National Guard (Missouri was a border state that was represented by a star on the flags of both the Union and the Confederacy), The Private History of a Campaign that Failed, was broadcast on PBS. The Private History is deceptively light-hearted—until reality intervenes. The film includes as an epilogue Twain’s short story “The War Prayer,” a scathing indictment of blind patriotic and religious motivations to war. 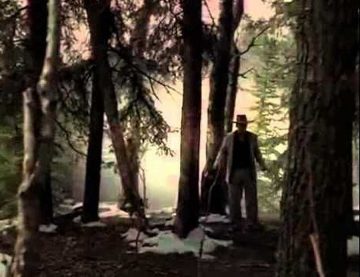 Mark Twain wrote that “no books have been written by persons who were on the ground in person” during the silver-mining fever in the far west. Until he wrote one. (Hallmark)

After his brief spell as a Confederate militiaman, Sam joined his brother Orion Clemens, who had been appointed Secretary of the Nevada Territory, on a stagecoach journey west. It was a jarring—and droll—experience  for the two young tenderfeet, but Sam was equal to the telling, and this two-part Hallmark movie captures the rambling spirit of Twain’s second travelogue (after his successful Innocents Abroad), including seeing a house of dirt with a cow on the roof, mysterious and deadly strangers, and being awakened by the stagecoach driver’s excited shouts of “Po-nee! Po-nee!” as they were passed by a legendary Pony Express rider. Taken to task by Orion for being unfocused, Sam takes stock of his talents, “gambling, lying and smoking,” which ultimately defined his path as a writer (after stints of surveying and mining). Roughing It was published in 1872, four years before The Adventures of Tom Sawyer, his first novel.

The film is nicely leavened with Twain’s anecdotes, such as when he met a fellow digging a grave at a stagecoach station, a mark of life on the frontier. Sam asks him, “Who’s the grave for?” “No one,” replies the digger. “Sooner or later, someone’s gonna fill it. I’m just trying to stay ahead.” Indeed, by the time the passengers had finished lunch, the grave had been filled.