WHAT TO WATCH ON TV
Stream On: He played ‘Frasier’ for 20 years—Kelsey Grammer 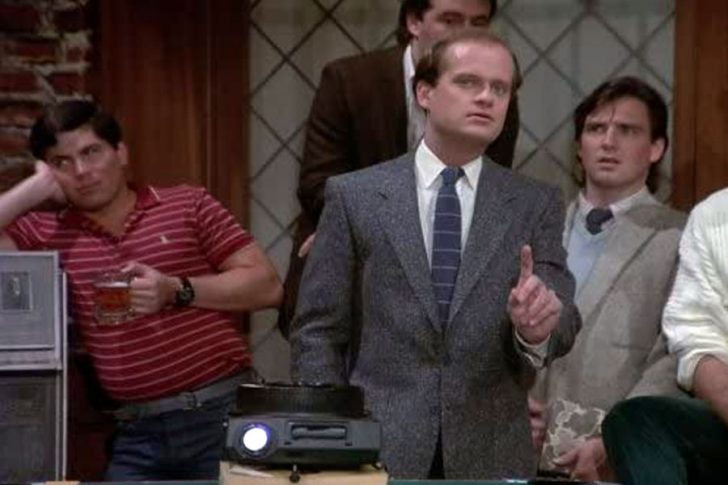 Eggheaded but easygoing Dr. Frasier Crane sticks out like a champagne flute among beer steins in Cheers. (IMDb.com)

Juilliard graduate and theatre veteran Kelsey Grammer (Macbeth) auditioned for the part after John Lithgow turned it down, was convinced he had failed because no one laughed, but was hired because of the quality of his interplay with Ted Danson. Of Frasier Crane, Grammer said, “The first thing I thought [when I read the script] was that Frasier was an intellectual at some points but also an Everyman—flawed and very insecure. The other thing I thought was that when he decided to love, he was completely—what is it Othello says?—‘perpled in the extreme,’” in a great long article about everything Cheers featuring interviews with most of the cast and staff, “The Best TV Show That’s Ever Been,” on [GQ.com]. 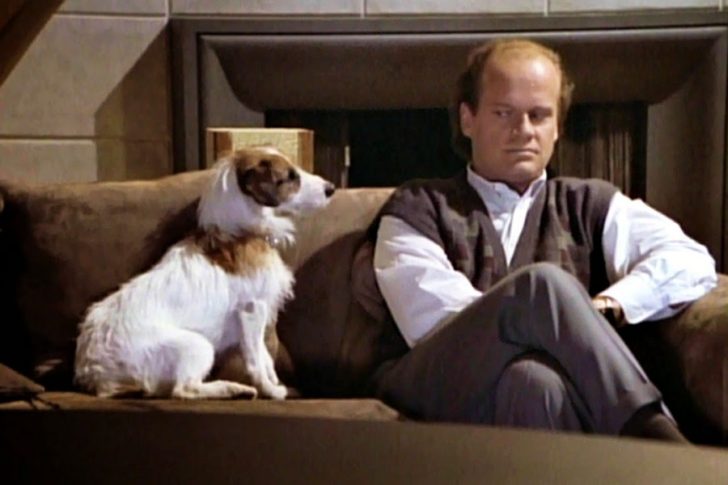 Dr. Crane moved to Seattle from Boston, where his “social life consisted of hanging out in a bar, night after night.” (IMDb.com)

After the 11-year runaway success of Cheers, a deal that Kelsey Grammer had made with producers David Angell, Peter Casey, and David Lee, to do a new series together, produced Frasier. But Grammer didn’t want to continue playing Frasier, and the others wanted to avoid comparisons with Cheers.

Paramount Television, however, wanted a continuum, so Frasier was born. Grammer continued playing Frasier Crane, who had moved from Boston back to his hometown of Seattle. As Frasier was a psychiatrist, The next step would have been to give him a private practice, but the producers wanted to avoid any comparisons with the [Bob Newhart Show]. So Frasier was given a call-in radio show. When they realized that they were entering [WKRP in Cincinnati] territory, it was decided to center the show around Frasier’s home life.

Frasier was the same fellow who had haunted Cheers, and what biography he had from the earlier show was incorporated. (Most of Cheers’ cast appeared on the new show, in infrequent guest appearances, as their Cheers characters.) He was given a cranky blue-collar ex-policeman father (John Mahoney, [Striking Distance]), who lived with him, a psychiatrist brother even fussier than Frasier (David Hyde Pierce, The Good Wife), a no-nonsense producer who nonetheless liked to have her fun, (Peri Gilpin, Make It or Break It), and a beautiful and quirky Cockney live-in health-care provider for Frasier’s father (Jane Leeves, The Benny Hill Show) Frasier tells his brother, who develops a crush on her, “She’s psychic—we’ve decided to find it charming.”

Frasier, like Cheers, ran for 11 seasons, gathering 37 Prime-Time Emmys, plus enough other awards and nominations to fill [a long Wikipedia page]. The humor is sophisticated, but includes heaping helpings of farce and slapstick. The main set, Frasier’s apartment, is expansive and beautiful, with the skyline of Seattle through enormous picture windows as a backdrop. Along with Cheers, highly recommended.

Kelsey Grammer and Martin Lawrence in Partners, a funny but short-lived sitcom. (IMDb.com)

Grammer has had fewer successes on television after Frasier. In 2007 he starred with Patricia Heaton (Everybody Loves Raymond) in the sitcom Back to You [trailer][available here], canceled after its first season. In 2011, his drama series Boss [trailer][available here] lasted for only two seasons, despite Grammer winning the Golden Globe for best actor in a television series drama. The first episode looks terrific, yet creator Farhad Safinia walked away after two seasons.

Kelsey played a fictional version of himself in three episodes of [30 Rock].

He returned to sitcoms in 2014 with Martin Lawrence in Partners [teaser][available here]—another single-season show, despite being written by Robert Horn, who had written hits such as Family Matters, Full House, Designing Women, and Perfect Strangers.

In Partners Grammer plays a too-slick-for-his-own-good patrician white-shoe lawyer, down on his luck, who teams up with a hapless yet streetwise storefront lawyer (Lawrence) to get out of their respective holes. With a solid chemistry between the veteran stars, good situations, funny business, and very good dialogue, it’s quite enjoyable, and it might be the easiest of this list to try out, currently being offered free on [TUBI TV].

But don’t worry about Kelsey; he continues to enjoy much success in voicework and movies [filmography here] and the stage [here], and Paramount+ has ordered a [Frasier sequel].