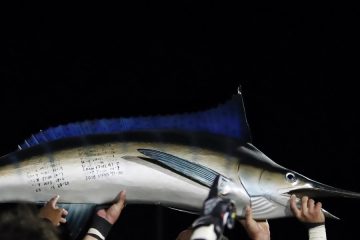 The Marlin Bowl, scheduled to be played between Dare County rivals Manteo High School and First Flight High School on Friday, March 5, has been postponed as a result of what appear to be concerns about exposure to the COVID virus. The season, which normally takes place in fall, was pushed back this year as a result of pandemic restrictions.

One acknowledgement of the postponement of the Marlin Bowl does appear on the Manteo High School Athletics Facebook page, but there is no reason given for the decision. The Voice has learned, however, that as a result of COVID concerns, both teams would have been dealing with a significant loss of player availability for the contest. In addition, the two teams that played Manteo and First Flight last week, Currituck County and Camden County, have postponed their game against each other that was scheduled for March 5.

The last time Manteo and First Flight competed in the Marlin Bowl, in the pre-pandemic days of October 2019, Manteo won the contest 16-6.

The Voice will report any new developments as they occur.