WHAT TO WATCH ON TV
Stream On: You’ve come a long way, baby—(La Femme) Nikita and Killing Eve 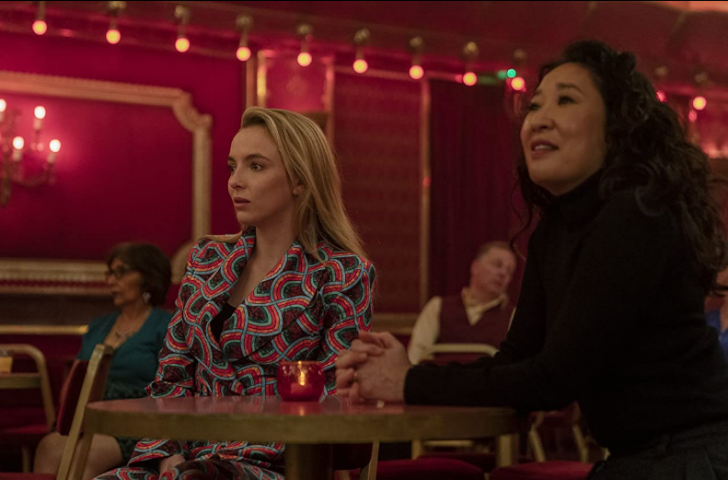 Villanelle (left) is a professional assassin; Eve Polastri is the British intelligence agent who set out to apprehend her. Things get complicated. (IMDb.com)

…And Man knows it! Knows, moreover, that the Woman that God gave him Must command but may not govern—shall enthral but not enslave him. And She knows, because She warns him, and Her instincts never fail, That the Female of Her Species is more deadly than the Male. (Rudyard Kipling)

This week we take a look at some female professional assassins (hit-women?)—Now it’s a party!

In 2014 novelist Luke Jennings began a series of books around a female assassin code named Villanelle, inspired by Idoia López Riaño, a hitwoman for Basque separatist group ETA, who was convicted of murdering 23 people in the 1990s. Sally Woodward Gentle, of Sid Gentle Films, optioned the series for BBC America, saying that “the notion of a female assassin was not unique,” but that Jennings’s take was “fresh, intelligent and tonally much bolder than others.”

Jodie Comer (The White Princess) stars as Ostana Astankova, AKA Villanelle, a woman not the glamorous image of the female assassin (like la “femme Nikita”—see below), but someone who can disappear in a crowd. While most assassins are sociopaths, Villanelle’s superpower is psychopathy, which unnerves even her handler, Konstantin Vasiliev (Kim Bodnia, [The Bridge]). Sandra Oh (Grey’s Anatomy) plays Eve Polastri, an MI-5 (domestic British Intelligence) desk jockey working for MI-6 (international British Intelligence), trying to track down Villanelle, after a series of splashy assassinations (which also give Villanelle’s employers concern).

When Eve and Villanelle identify each other and realize that they had once shared an elevator, they each become obsessed with the other, like [Holmes and Moriarty, and John Luther and Alice Morgan]. And their dance is fascinating, even apart from the turbulent internal politics of their respective organizations.

But perhaps the best thing about the narrative is Villanelle’s fragile mindset—she is becoming increasingly impetuous and “naughty,” and while she dispatches her duties expertly, her kills are beginning to land in the newspapers, which is not seen as a good thing by her handler (a friend, but one whom she is also starting to threaten by implication).

And Eve is a desk-bound MI-5 analyst with an imagination; when she sinks a first meeting with MI-6 by voicing inappropriate theories about the assassin that has come to their notice, she is taken off the case, but then secretly recruited by the MI-6 agent (Fiona Shaw, [True Blood]) with whom her group had met. She is now learning tradecraft on the fly as it were, between suffering panic attacks and dodging bullets. 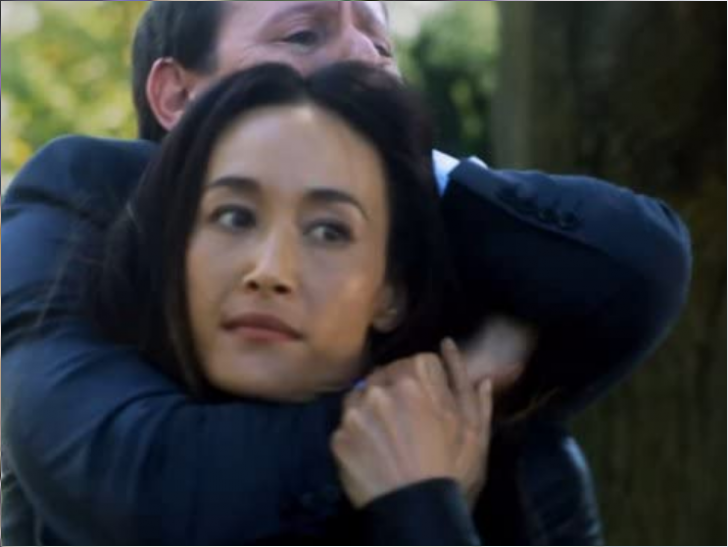 This unfortunate fellow thinks he has the upper hand over femme fatale Nikita. It will be his final thought. (IMDb.com)

(Prime Video and elsewhere; free with ads on CWseed) – [TV14]

In 1985, Corey Yuen  released Yes, Madam [available here], often regarded as the first “girls with guns” film. In 1990 French director Luc Besson (The Professional, The Fifth Element) threw his hat in the ring with the wildly successful La Femme Nikita [trailer][available here], about a teen criminal, sentenced to death for the murder of a policeman, who is recruited by the government as an assassin. A [Canadian TV series] followed in 1997, developed by Joel Surnow, a devotee of Besson’s film. To me this series, while competent, seems an unnecessarily whitewashed basic retelling of the film, in which Nikita is essentially an innocent. My preference is the 2010 Nikita, which contains a further development of the plot of the film, wherein Nikita goes rogue after her boyfriend is killed, vowing to bring down the agency she worked for.

This is very good: well-written if slightly formulaic, but the plots, and Nikita’s complicated relationships to her former co-workers provide a lot of entertainment. (It’s also very easy on the eyes.)

Next time, “I’m a little teapot, short and stout. Here is my handle … and here is my … oh darn, I’m a sugar bowl.” (Shari Lewis’ friend Lambchop) Puppets!