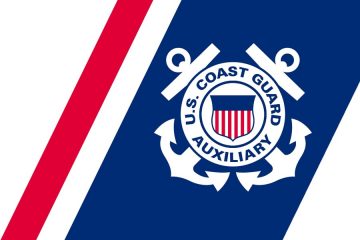 The Coast Guard assisted four mariners after their vessel began to take on water in the vicinity of Oregon Inlet on Saturday, March 6.  No injuries were reported in the incident.

Watch standers at Coast Guard Sector North Carolina received a report via VHF Channel 16 from the operator of the pleasure craft Hawg Hunter, that his vessel began to take on water from the stern due to an unknown source and their bilge pump was malfunctioning. The operator reported they were making way approximately 23 miles southeast of Oregon Inlet.

Once on scene, the MLB boat crew and the Jayhawk aircrew reported to Sector North Carolina that the water onboard the Hawg Hunter had become stable and the vessel was continuing to make way under its own power.

The Coast Guard crews escorted the Hawg Hunter crew to the Oregon Inlet sea buoy where the MLB crew passed a P6 pump to assist with dewatering until they were able to arrive safely at the Wanchese Boat Ramp.

The weather on scene was 39 degrees with 17 mile per hour winds and seas at 4 feet.