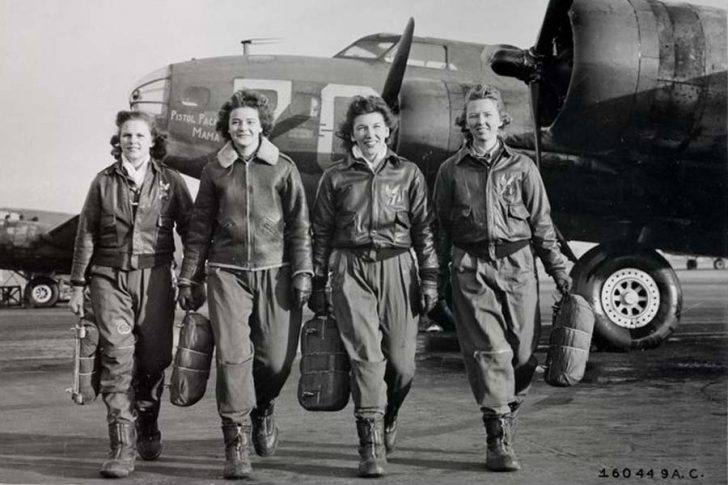 On this International Womens Day we would like pay tribute to the Women Airforce Service Pilots (WASP). These brave women were blazing trails as the first female military pilots in American history, paving the way for women to serve equally in the military.

The desire to help during WWII drew more than 25,000 skilled women pilots to apply to become WASPs. Only 1,800 were accepted into the program, and 1,074 women earned their silver wings to become WASPs.

From 1942 to 1944, the WASPs transported over 12,000 planes from factories to military air bases all over the country to be used in training and combat. They instructed male pilots in ground school and flight training and served on tow target squadrons, towing targets behind their planes for live gunnery practice. They flew over 60 million miles performing these missions.

The WASP program was disbanded in December 1944. Despite their heroic service, it would take another 33 years for the WASPs to be recognized as military members and veterans. In 2009 they were awarded the Congressional Gold Medals, one of the highest civilian honors awarded by the United States Congress.

As we celebrate #WomensHistoryMonth, we will be forever grateful for the service and the sacrifice of the Women Airforce Service Pilots. To learn more about the WASPs, keep an eye out later this week for our interview with Dorothy Cochrane, a curator at the National Air and Space Museum. #AviationNation. Who is inspiring you this #InternationalWomensDay?