WHAT TO WATCH ON TV
Stream On: Sophisticated moppets Kukla, Fran, Ollie—and Lambchop 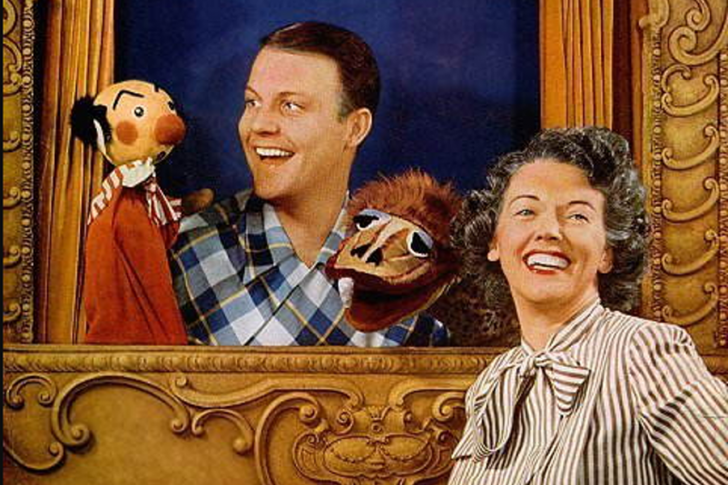 In the 5th century B.C., Herotodus described puppets in [The Histories], as they were used in Dionysian festivals in Egypt and Greece.  Sounds like fun! Some scholars think puppets predated human actors in the earliest dramas, and while 1947 isn’t actually ancient times, except to millennials, the year represents a high-water mark in puppetry, in terms of audience size. That’s when Burr Tilstrom debuted Kukla, Fran and Ollie to American TV audiences.

Puppeteer Burr Tilstrom was once introduced to Ezio Pinza as “the young man who does the Kukla, Fran and Ollie show on television.” “Delighted to know you,” boomed the famous basso. “Tell me, who does the voice of Ollie? Ollie’s sustained notes are magnificent.”

Tilstrom had been into puppets since his freshman year at the University of Chicago when he accepted a job offer from the WPA-Chicago Parks District Theatre to set up a marionette theater. From 1947-1957 he was the voice and puppeteer of Kukla (Russian for “doll”), Oliver J. Dragon, Madame Oglepuss, indeed, the entire cast of Kukla, Fran and Ollie, except for Fran Allison, a television and radio comedienne and singer. Fran was best-known for this show, and we should all be so lucky: Kukla, Fran, and Ollie won a Peabody Award in 1949 for its “whimsy and gentle satire of the James Barrie–Lewis Carroll sort,” and two Emmy Awards: in 1954 for Best Children’s Program, and in 1971 for Outstanding Children’s Programming, but it was more than a children’s show. Orson Welles, John Steinbeck, Tallulah Bankhead, James Thurber and Adlai Stevenson were among its many high-profile fans.

This was no joke-centric series, either; Fran, and usually Kukla and Ollie, would talk about … well, anything—an upcoming trip, relatives, friends, whatever people—and puppets—talked about. What gave the dialogue the ring of truth was the fact that it was almost completely ad-libbed by Allison and Tilstrom, except for the occasional song. And the dialogue was not screened for kids; anything went: Ollie tells Fran about his ancestral home in Vermont, and recalls his mother mentioning in a letter his father “sitting on the front porch—smoking.” Fran: “Oh?” Ollie: “Yes, he smokes.” Fran, remembering she’s talking to a dragon, “Oh, that! You know, I wondered for a minute…” Ollie: “You know, the fire’s gone out for Father, I think…

Later, “My mother and father were banned from Boston after their marriage…for flying too low…” (Chuckles and snickers can be heard among the stagehands.)

The puppets were patterned after the traditional Neopolitan style of Punch and Judy, but there was no slapstick. After a few moments with them, they seem no longer puppets, and Fran is charming and sunny.

The good news is that the [Kuklapolitan website] maintains a [YouTube channel], where you can “Join us every night at 7 pm ET for the premiere of a new episode of this classic television show—many not seen in over 70 years!” 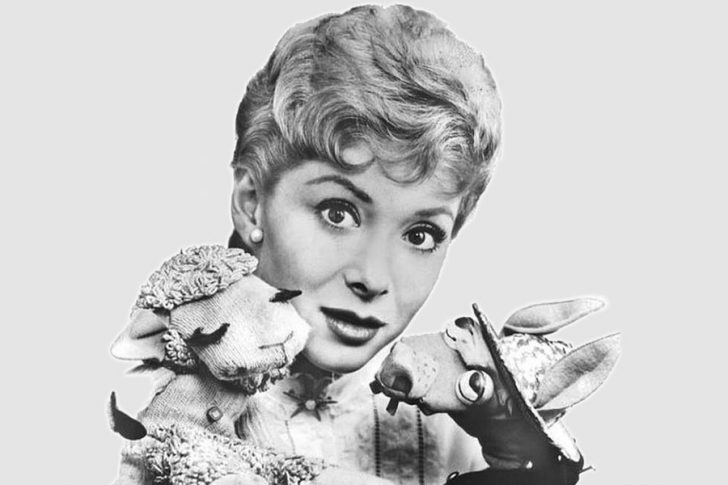 Shari Lewis, shown with her friends Lambchop and Charlie Horse, won many awards, including 12 Emmys and a posthumous Lucy Award from Women in Film. (Wikimedia Commons)

During the Great Depression of 1929-1939, [Abraham Hurwitz], an education professor at Yeshiva University, was named New York City’s official magician by Mayor Fiorello LaGuardia. What’s of greater historical note is that Hurwitz’s daughter, trained by him and others in magic, acrobatics, juggling, ice skating, baton twirling, piano, violin, and ventriloquism, became, in the last half of the twentieth century, one of America’s most beloved and hard-working celebrities. Shari Lewis, born Phyllis Naomi Hurwitz, won first prize in 1952 on Arthur Godfrey’s Talent Scouts, and went to work in 1953 on Facts N’Fun on WRCA-TV, a variety show on which she interviewed celebrities and engaged her viewers in games, songs, stories, craftmaking, and informational segments, and operated two ventriloquist’s dummies. She would go on to have eight series aimed at children. In the 1990’s, she explained that her idea in children’s programming had been to involve kids, not to merely entertain them while they sat hypnotized on couches.

She kept busy with many projects until her death at 65, even taping an episode of her show The Charlie Horse Music Pizza after being given a terminal diagnosis of uterine cancer..

Her most famous puppet, Lamb Chop (who testified before Congress in 1993 about protecting children’s programming), debuted on the children’s show Captain Kangaroo in 1956, and became Lewis’ most consistent sidekick—when she performed with puppets. She had cameos in many TV series of the day, including [Car 54, Where are You?] and The Man from U.N.C.L.E., conducted symphonies in the U.S., Canada and Japan, wrote [many books] and produced 17 home videos.

Her children’s humor wasn’t condescending; like Mr. Rogers, she spoke to kids as equals, and this engaged adults as well. In fact for adults she had routines such as discovering that [Lamb Chop (who Lewis characterized as a precocious six-year-old) had been drinking]. Lewis wrote a Star Trek episode, “The Lights of Zetar” with her husband, even appeared on [Playboy After Dark], and in all, won six Emmy Awards, a Peabody Award and the John F. Kennedy Center Award for Excellence and Creativity.

Many of her TV shows have been lost; what survives, including many guest appearances, have been collected on [YouTube], and it’s all pretty brilliant.