‘There’s just nothing on the market’ 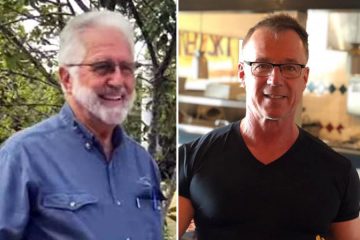 John Harris of Kitty Hawk Kites and restaurateur Wes Stepp are concerned about housing their employees.

Homes and properties on the Outer Banks have been selling at a record pace for months and there is no sign it will slow down in the foreseeable future. And as home sales soar to unprecedented levels, real estate and business leaders are sounding alarm bells about the impact on housing for the Outer Banks’ permanent and seasonal workforce.

In an earlier Voice story, the effect of home sales on the vacation rental market was examined. But the loss of rental homes extends beyond the properties Outer Banks visitors use for their vacations, also affecting those looking to rent while they fill temporary or full-time jobs in the area.

President of Kitty Hawk Kites, John Harris, has witnessed firsthand how critical the shortage of year-round rental housing is in attracting key employees. “We had a manager’s position open at $45,000 annual pay plus benefits,” he said. “Somebody applied from the western part of the state and accepted the position. After a week of searching for housing, they declined the position. They couldn’t find any place to live.”

His concern is echoed by Wes Stepp, President of the Outer Banks Restaurant Association and owner of Red Sky Cafe and NC Coast Grill & Bar. “Labor, as far as finding a place that’s…affordable, is always a challenge,” he observed. “But there’s just nothing on the market. I’ve never seen it as bad as what we’re going into now.”

The North Carolina Department of Commerce estimates that in 2019, 25.6% of Outer Banks housing was rented by year-round residents. There is, though, growing evidence that the market is shrinking. “I sell real estate for a living,” Hess said. “And lot of people when they move here, they don’t want to buy a house as soon as they get the job. They want to make sure they like the job before they commit. They want to rent a place.”

Some of the current problem is related to the surge in real estate sales, but Hess says there are other factors as well. “Part of it is the past five years, you’ve had a lot of people that had year-round rental properties that converted them to Airbnb…So those houses are gone,” he said. “And then the second thing that [has] happened more recently in the past year is that there’s people moving here in droves.”

The rental crunch affects both long-term and seasonal employees. Outer Banks businesses typically hire five to six time more seasonal employees than permanent staff for the summer. Those employees need a place to live, and business leaders are worried about what they are seeing.

Harris, with Kitty Hawk Kites stores from Ocracoke to Corolla, is one of the largest seasonal employers, typically hiring “a couple of 100 people for the season.” For the upcoming season, he has had to take some extraordinary measures trying to create housing for his employees.

“I just had to buy another house trying to beef up our housing,” he said. “I’m trying to model housing people in RVs or travel trailers this season, trying to create housing any way we can.”

Not every business, though, hires as many people or has the capacity to create its own housing as Kitty Hawk Kites. If those businesses are not fully staffed for the peak season, some difficult decisions will have to be made that will impact revenues and the visitor experience.

Restaurants, which are very labor-intensive businesses, are particularly dependent on summer help for the peak season and Stepp says their owners are worried,

“Shared among restauranteurs on the Outer Banks, it’s their single largest concern,” he said.

The summer of 2020 with travel restrictions in place and inadequate time to fully hire a staff, may have provided a preview of what could happen this year.

“Last year we couldn’t open for lunch at Red Sky because we just didn’t have the labor force to operate two shifts,” Stepp said. There may be more of that this year.

“Without the labor force in place, people are talking about we’re not going to be open for certain shifts and we’re going have to be closed two days a week, even in the height of the season,” he said, adding, “The other thing that’s affected are menus, the products that people are serving.”

Stepp also explains that if he can’t hire the line cooks he needs, he will have to cut back on what he offers the public.

“If you’re operating with X amount of people on the line, and then all of a sudden you only have two, they can’t produce as much food as four. You’re going to have to limit what you’re offering,” he said. “If we don’t have the labor force to be able to perform a full menu, we’ve got to reduce it, limiting the options to the public.”

“That’s a big deal,” he added. “Because you have a certain amount of days…on the Outer Banks to make the money to get you through all winter.”