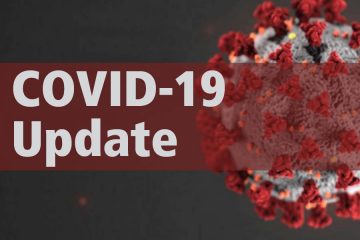 Governor Roy Cooper today announced an “accelerated” schedule for COVID vaccine eligibility in the state that will make anyone age 16 and up eligible for a shot within two weeks.  The announcement, made at a March 25 press briefing, means that those in Group 4 who were previously not eligible for a shot will become eligible on March 31. Those individuals include a range of essential workers in areas such as construction, financial services and energy as well as people living in certain kinds of congregate settings, such as student dormitories.

One week later, on April 7, eligibility will open up for those in Group 5, which is anyone in the state who is 16 years of age or older. Currently, there is one vaccine, the one made by Pfizer, that can be given to those who are 16 and 17 years old.

At the briefing, several reporters attempted to get Cooper to provide a target percentage of the state’s population that would need to be vaccinated before COVID restrictions could be completely lifted. But while saying the issue is under discussion, Cooper did not offer a specific response.

Today’s announcement about vaccine eligibility by the governor comes on the heels of Dare County’s announcement on March 16 that everyone 16 and older in the county was now eligible to be vaccinated against the virus.