WHAT TO WATCH ON TV
StreamOn: Good creepy—‘Dexter’ and ‘You’ 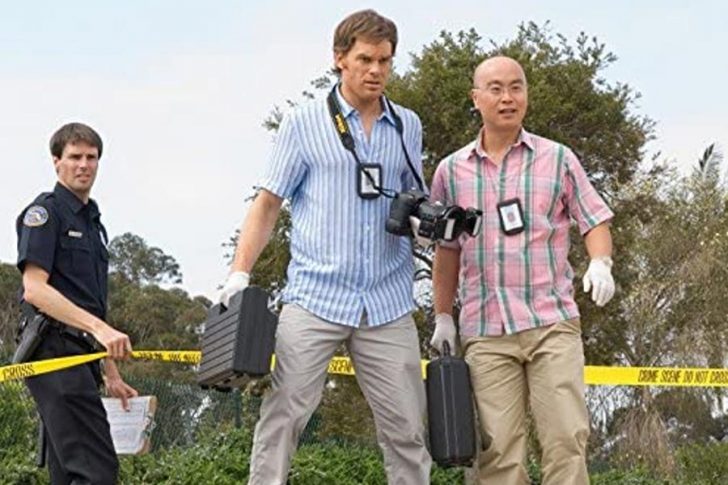 Dexter Morgan’s day job is as a blood-splatter analyst for the Miami-Dade Police Department. At night he takes out those who escape the system. (IMDb.com)

Still waters run deep. “He was always quiet and so polite” is the apocryphal standard description from neighbors of those unmasked as serial killers. The Diagnostic and Statistical Manual of Mental Disorders characterizes this week’s subjects as psychopaths, obsessively organized, successful career-wise, able to maintain normal relationships with those around them—and very entertaining from a fictional point of view. Don’t we all have something to hide?

Dexter Morgan was introduced to the public in Jeff Lindsay’s novel Darkly Dreaming Dexter, about a forensic analyst with the Miami-Dade police department who had learned to channel his blood lust towards those who, as they say in Texas, “need killing.” He appeared on TV screens in 2006, and charmed six million viewers over the course of the series’ run.

Through a first-persion narration, we learn that Dexter (Michael C. Hall, Six Feet Under) had been rescued from a particularly grisley murder scene as an infant, adopted by policeman Harry Morgan and raised as his own. Morgan recognized murderous proclivities in his charge early on and determined that young Dexter would stay at least on the right side of the moral code, if not the criminal code. He taught Dexter “the code of Harry,” with which Dexter would rigorously satisfy himself as to the guilt of his target, who had escaped the criminal justice system, while allowing Dexter to satisfy his “dark passenger,” his thirst for shedding blood.

Dexter is an attractive protagonist who shares his thoughts with the viewer, and moreover feels real affection toward Harry’s daughter, his adoptive sister, and forms genuine attachments to most of those with whom he works as a police blood-splatter analyst. Of course, it’s not that simple; one of Dexter ’s colleagues is a detective with especially sharp instincts who thinks something is not right with Dexter. (Dexter’s sister has no idea of his secret life, and their father Harry is dead when the series opens.) And mistakes happen.

The plots are ingenious and exciting (even with a deep knowledge of crime scenes, serial murder is no small thing, especially when one’s co-workers are attuned to it) and the characters are engaging and mulifaceted. [Here’s a list of nominations and awards won by the show], including Showtime’s first drama to be nominated for an Emmy as Outstanding Drama Series. A 10-episode revival, set ten years after the original show, is due on screens as early as Autumn 2021. 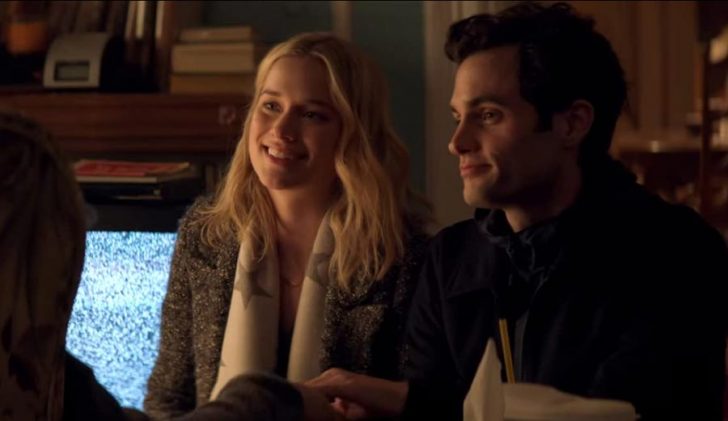 Joe Goldberg thinks he has found the perfect girl—and he’ll take out anyone who threatens her—or seems to. (IMDb.com)

Toronto historian Peter Vronsky, in his book Sons of Cain: A History of Serial Killers from the Stone Age to the Present, posits that “it is intrinsic to the human survival mechanism that we have this capacity to repeatedly kill. Killers are anachronisms whose primal instincts are not being moderated by the more intellectual parts of our brain.

“Perhaps it’s not that serial killers are made, but that the majority of us are unmade, by good parenting and socialization.”

You is an entertaining test of this theory. Its protagonist, Joe Goldberg, is a charming and articulate book-store clerk in Manhattan. Another first-person narrator, Joe is forthcoming in describing the people who come into the shop (he’s a little judgmental), and the pretty girl, Genevieve Beck, who comes in looking for a worthy book, to his surprise. Intruigued, he cyber-stalks her (pushing the boundaries of our social experiment), finding a talented but insecure graduate student and writer. She’s smart, but in thrall to her rich friends, all over social media—and seeing someone.

Here we begin to realize what an [unreliable narrator] Joe is. He’s nobody’s idea of a psychopath, but his thoughts steer more and more to how “fated” he and Beck are, and the unworthiness of her boyfriend and other friends. He has her phone, which he was able to palm when she thought it was lost; also, Google is his good friend. He arranges a meeting with Beck’s boyfriend, who is starting up an artisanal soda company, by posing as a distributor and investor, and when he is alone with the boyfriend, impetuosly brains him with a mallet. When said boyfriend awakens, he’s locked up in a storage room below the bookstore in which Joe works.

Joe tells us—and himself—that it was a sudden impulse to attack Beck’s boyfriend, but after all, he did lure him into the alley under false pretenses. What did he think was going to happen?

Meanwhile, Joe’s neighbor has a young son who clings to the classic books that Joe lends him as an escape from his mother’s abusive boyfriend—who feels something is “off” with Joe, not unlike Dexter Morgan’s colleague in that show. He should go with his gut.

I’m still making my way through the first season, but You is pretty compelling so far. In January 2020, the series was renewed for a third season by Netflix, which is set to be released in 2021.

Next time, Nostalgia is a file that removes the rough edges from the good old days. The Wonder Years and Everybody Hates Chris.