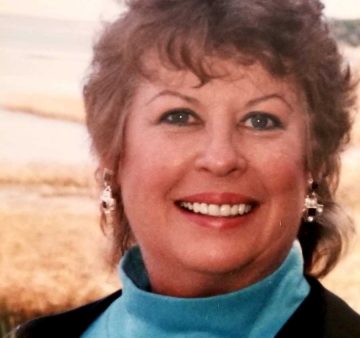 Mary was born in Elizabeth City, North Carolina, and shortly thereafter mother and daughter were flown to Hatteras Village by David Driscoll in his piper aircraft during his pioneer days of flying to the Outer Banks, landing on the old ball diamond where he proclaimed Mary was his youngest passenger. Mary attended the Hatteras Village School through 8th grade, and graduated from the consolidated island school in Buxton in 1959. After attending Dell Medical School of Technology she married her high school sweetheart Dennis who was serving in the US Coast Guard. They together traveled to numerous duty stations where Mary would work in the Exchange Stores and served as a board member on the Enlisted and Officers Wives Clubs and raised a wonderful family until retiring to Buxton after thirty years of travel.

In retirement and after helping build their home she agreed to serve as First Mate on their commercial fishing boat, Sea Tick, where flounder fishing and crabbing got to be old pretty fast; so she found a way, as she said, to get fired to pursue a fulltime career in writing and did become a published romance writer.

Mary was a captivating story teller as attested by neighbors who would stop by and sit on the porch and share Hatteras Island memories, including time before the island road was paved. She also reminisced about the low flying military training planes dropping notes to the young women sun bathing on the beach. Her passing leaves an everlasting void in our lives.

Mary was a loving wife, mother, grandmother and great-grandmother. She considered herself blessed to have such a wonderful family, and, she said that was her greatest achievement. There will be a private ceremony at the home at a later date. At her request, Mary was cremated and her cremated remains will be spread in the places she loved. We were incredibly blessed to have had her in our lives. She was a lifelong member of the Hatteras United Methodist Church.

In lieu of flowers and donations, persons may make a donation to charity of one’s choice.