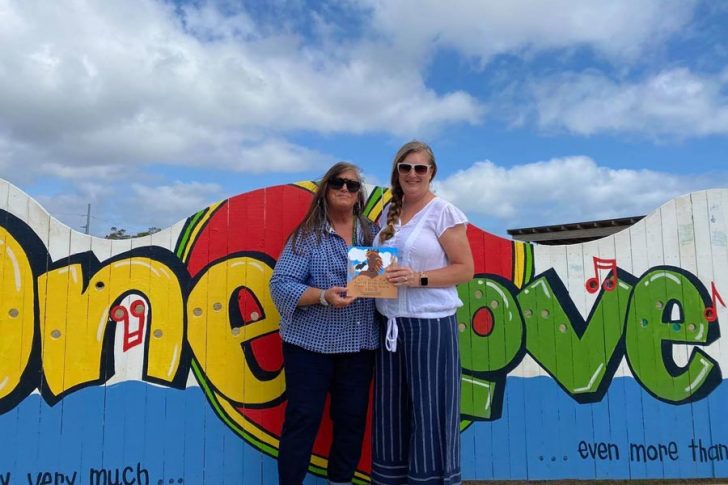 Due to high demand, the book signing Friday at OBX Brewing Station to be delayed.

We are receiving amazing feedback so far from those who have already purchased and received their copies. Also those of you that have requested signed copies will be delivered this week!

Due to HIGH DEMAND we are delaying the book signing this Friday at the Brewing Station until more are printed. You can still order on Amazon.com and bring your copy(íes) with you to our next signing event. Amazon orders seem to be arriving quickly … it’s the bulk order that’s taking it’s sweet time! Please stay tuned for dates!

Can’t make it? You can request a signed copy here:  https://docs.google.com/…/1xpnd015aDcSUFfPuCOif…/edit…

A grieving mother (and grandma) turns loss into hope

New book is a tribute to Ravann and Sebi 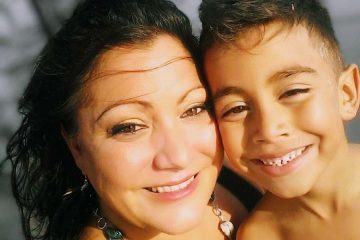 Ravann and Sebi are honored in the new book. (Photo courtesy of Kelley Horton)

A touching new children’s book that debuts next month celebrates the life and spirit of Ravann Horton and Sebastian “Sebi” Lopez, the Kill Devil Hills mother and son who tragically died in a house fire last May. Written in collaboration with Ravann’s mother and Sebi’s grandmother, Kelley Grider Horton, Sebi the Colt: A New Life by Brandi L. McMahan is a story of hope and healing.

Soon after Ravann and Sebi passed away on May 17, the Corolla Wild Horse Fund named a new colt “Sebi” in honor and memory of the young boy, who adored the horses and actually saw the parents of the new colt on the beach with his mother and grandmother the year before. Fittingly, Sebi the Colt follows the adventures of Sebi, reincarnated as a colt, and his raven mother who live and play on the beaches of the Outer Banks in their next lives.

“Life sure can be beautiful, and sad all at the same time,” Sebi says in the book. “But in the end, if we add up all the good stuff it would stretch as far as the horizon and beyond. Then the sad stuff would wash away in the surf like my hoof prints, and mom’s funny tracks she leaves in the sand.” 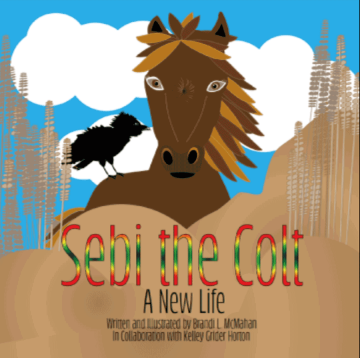 Horton had the idea for Sebi the Colt in the latter part of 2020, and she approached McMahan about joining together to create the loving tribute to her daughter and grandson. Along with hoping the book perpetuates the memory of the life of love and kindness Ravann and Sebi lived, Horton also hopes it will help others with the grieving process.

“If [the book] makes people to go out and do something nice and kind for someone else,” she told the Voice, “then that’s good. Or if it relieves a child’s mind from hearing of someone in their family passing away… knowing that it may not be the end and there’s a possibility they live on elsewhere.”

Horton also wants the book to honor the legacy of her daughter, who was the founder of RAVRA Productions, which brought popular reggae bands to the Outer Banks. Ravann was also an avid volunteer and supporter of Dowdy Park in Nags Head and the Artrageous Kids Art Festival.

Sebi followed in his mother’s footsteps, learning the ropes of volunteering and contributing to the community, and he would hold monthly lemonade sales with the proceeds going toward the Outer Banks SPCA. “There is no doubt in our minds he would have been a positive force in this beautiful community we call home,” Horton noted. She describes both mother and son as having “lived outside the box as far as always wanting to help people.”

“Ravann was always there for anyone in the community who needed a music event planned to generate money for their cause, whether it was a family [faced] with cancer and not being able to pay their bills or folks in need of food,” Horton explained. “She was always one to plan an event around it and have all the proceeds go to them. As it turns out, she and Sebi can still give back to the community with the proceeds from the book, to still be able to contribute to this place they absolutely loved.” 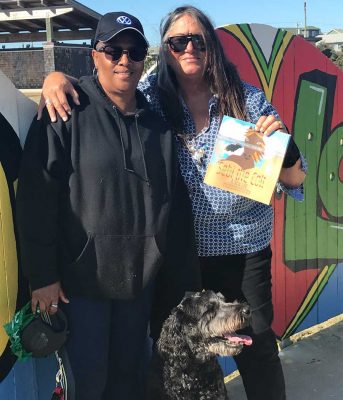 The final version of the book, which is expected to be available in mid-April, will also have a page at the end to help educators address questions and open discussions with children about death and loss.

For Horton, creating the book with McMahan was both an emotional and healing journey.

“I’m grateful now and able to use those words – grateful, fortunate, higher power,” Horton explained. “Those are words I have not been able to use in the last ten months because I’d get angry…but now I’m at a point where I’m grateful for the love that we shared and the time we had together, and that’s really important.”

While Horton can see how people can hold on to the anger of losing people they love, she adds: “That’s not what [Ravann] would have wanted. I love kids and the bond between mothers and daughters and mothers and sons. And Ravann was an amazing parent, absolutely amazing.”