History & Heroes: A Unique Dinner-Theater Experience has been CANCELLED 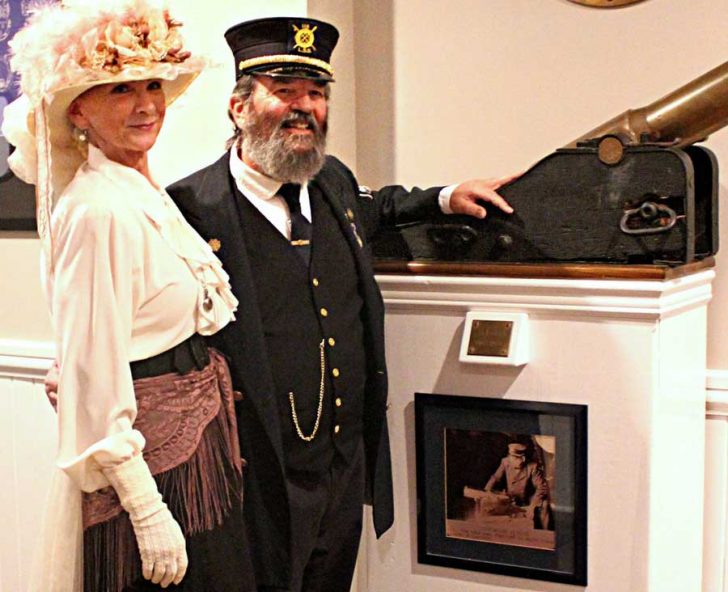 A Keeper’s Table event at the Sanderling Resort

Come join us for a Very Special evening! Returning from the sold-out 2020 event with rave reviews, the performance has been taken up a notch! “Keeper James” Charlet, in full dress uniform, portrays the keeper, or Officer in Charge, of a United States Life-Saving Service station. He will be telling true, dramatic shipwreck-rescue stories documented in the official records of the Service. Keeper James is partnered by his wife Linda Molloy in her formal period dress. Their “stage” will be the original boat room of the actual Caffeys Inlet Life-Saving Station No. 5, now the Sanderling Resort Lifesaving Station Restaurant at the picturesque Sanderling Resort in Duck, NC. Here, they will be regaling the guests as they dine upon a meal much like the Surfmen themselves ate in that time… THAT is unique!

The United States Life-Saving Service existed from 1871 until 1915, with nearly 300 lifesaving stations along all of America’s Atlantic, Gulf, Pacific and Great Lakes coasts. The brave rescuers known as Surfmen had a solitary purpose: saving lives in peril from the sea “so others may live.” During their 44-year history, nationwide, using no more than small open wooden boats and cork life belts, they responded to over 178,000 lives in peril…of which they saved, OVER 177,000!; yet, somehow, America has forgotten these peaceful heroes. In 1915, the United States Life-Saving Service merged with the U.S. Revenue Cutter Service to become the United States Coast Guard.

North Carolina eventually had 29 of these Life-Saving Stations along its coastline. They were built in stages over the years, starting with the first seven built and operational in 1874. Caffeys Inlet was one of those first seven, adding to the event’s uniqueness. Since North Carolina’s life-saving stations were guarding the “Graveyard of the Atlantic,” these stations saw some of the most action in the history of the Service.

Keeper James and Linda will mesmerize the audience with real accounts from Charlet’s new book, Shipwrecks of the Outer Banks: Dramatic Rescues and Fantastic Wrecks in the Graveyard of the Atlantic, Globe Pequot Press (imprint of Rowman & Littlefield), ISBN 978-1-4930-3590-8. Signed copies will be available for sale following the conclusion of the program.