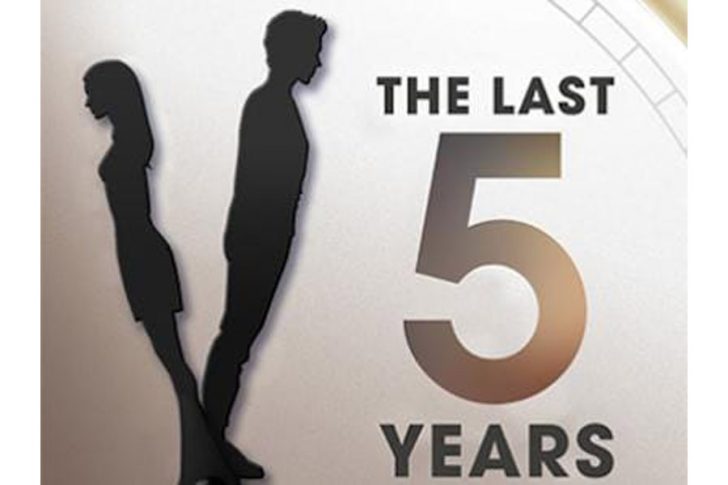 Tickets are now on sale for The Last Five Years. For theatre fans on the Outer Banks, sit in the comfort of your own home and see two homegrown talents take center stage. The Theatre of Dare production will be available on demand from www.showtix4u.com. Tickets will be $10 per device and aired nightly at 7pm, April 2 – 11, 2021.

Two-person cast of hit musical The Last Five Years will feature two young thespians who were both born and raised in Dare County. Zoe Manolas (First Flight Class of ‘13) and Evan Tillett (Manteo Class of ‘13) play aspiring actress Cathy Hiatt and successful writer Jamie Wellerstein, a couple whose romance, marriage, and eventual breakup is chronicled in song throughout the show. The story of the romance is told in chronological order by Jamie, while simultaneously being told in reverse by Cathy.

“I think it’s such a popular musical because it covers such common experiences,” says Manolas, who currently lives in Raleigh but made a special trip home for the production. “Whether it’s five minutes or five years, we’ve all been through the anticipation, the joy, and the heartbreak of promising relationships that don’t last.”

For Tillett, a veteran of T.O.D. stage productions such as Mame, Becky Shaw, and The Nerd, the rehearsal period for The Last Five Years presented a unique experience. “Rehearsals on Google Meet, vocal recording sessions, rehearsing scenes with a face mask. This will be something I’ll remember as part of the COVID experience for a long time.”

The production’s director and cinematographer Daniel Ziegler says the show is ideal for this pandemic-altered season. “The two characters are only really in one scene together, so we were able to easily keep the cast and crew safe while rehearsing and filming. Of course, the fact that it’s an audience favorite is a big bonus as well.”

For theatre fans on the Outer Banks, it will be a chance to sit in the comfort of their own homes and see two homegrown talents take center stage. The Theatre of Dare production will be available for $10 via video on demand from www.showtix4u.com April 2-11.