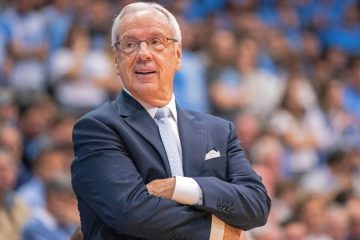 It may not be considered a surprise, but it’s big news. Here’s an excerpt of the release from UNC.

Roy Williams, who led the University of North Carolina to three NCAA championships, is retiring after 33 seasons and 903 wins as a college basketball head coach. The 2007 Naismith Hall of Fame inductee will address the media at a press conference on Roy Williams Court at the Dean E. Smith Center Thursday, April 1 at 4 p.m. The press conference is closed to the public. Fans may watch at GoHeels.com.

Williams, a 1972 Carolina graduate, just concluded his 18th season as the head coach at his alma mater. In addition to NCAA titles in 2005, 2009 and 2017, he led the Tar Heels to a 485-163 record, two other Final Fours, nine ACC regular-season championships and three ACC Tournament crowns.

To see more of the Williams resume, click here. Roy Williams to retire from coaching after 48 years | UNC-Chapel Hill