WHAT TO WATCH ON TV
Stream On: Back in the day with ‘The Wonder Years’ and ‘Everybody Hates Chris’ 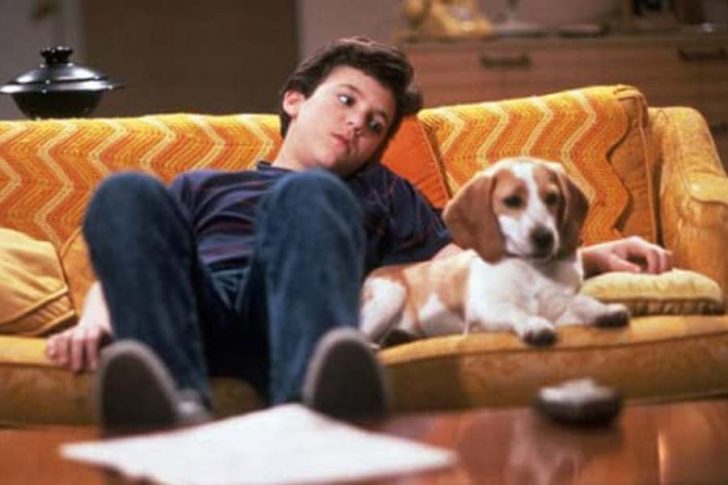 “How sad and bad and mad it was—but then, how it was sweet.” (Robert Browning)

So ends the finale of one of the most influential and loved series of the 1980’s, a sitcom only in the loosest sense of the word, the story of “Kevin Arnold” (Fred Savage, The Princess Bride), growing up in middle America from 1968-1973. (Each of its six seasons is set twenty years before its release date.)

Narrated by a grown-up Kevin (Daniel Stern, Home Alone), The Wonder Years is the rich memoir of a suburban kid, son of a professional father and housewife mother, with an older brother and sister, and the girl of his dreams, Winnie Cooper (Danica McKellar).

For its half-hour format and sit-com classification, The Wonder Years had no laughtrack and began poignantly: Over the credits, filmed to approximate home movies of the ’sixties, introducing the characters, Joe Cocker sang “With a Little Help from My Friends.” The first episode segued to the Byrds’ “Turn, Turn, Turn” played over news footage of Richard Nixon waving his double “V” signs (meaning “victory”), then a Vietnam War protestor being hustled off, giving the same sign (this time meaning “peace”), then medalists Tommie Smith and John Carlos raising their fists in the black-power salute at the 1968 Summer Olympics. Voice-over Kevin tells us he was twelve years old in 1968. “A lot happened that year,” including Kevin entering junior high school. “There’s no pretty way to put this: I grew up in the suburbs, where, people say, there are all of the disadvantages of the city, and none of the advantages of the country…and vice versa. But in a way, those really were the wonder years for us, in the suburbs. It was a kind of golden age for kids.”

Beginning with Winnie’s cool 18-year-old brother packing off to Vietnam, The Wonder Years touched a deep nerve in those of us who remembered the time, then twenty years after, and apparently played well to younger viewers. Worthy of Jean Shepherd’s earlier ruminations on growing up in the great American heartland, the show featured witty and touching dialog and situations that everyone could relate to, about siblings, school, friends—and heavier situations: teenage revolt, sex, war, death and more, rendered with a deft touch and a perfect period soundtrack that added heart to the comedy. “We were entering uncharted territory.” 90% score on Rotten Tomatoes. 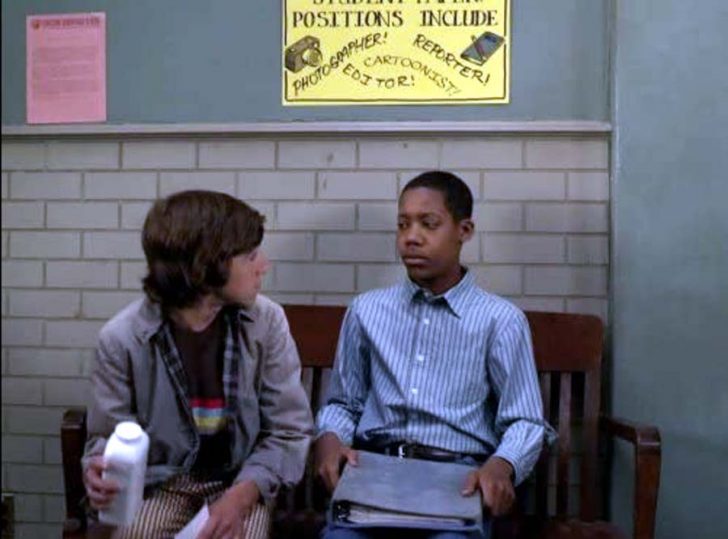 “1982. That was the year I turned 13. Before I was a comedian I thought the coolest thing that would happen to me was being a teenager.”

When Chris’ family moves from “the projects” to Bedford Stuyvesant, in the middle of a crack epidemic, we see that this show has changed it up from the relative innocence of the earlier series. The protagonist of the series (Tyler James Williams, The Walking Dead) is a dramatized—or comicized—version of Chris Rock the comedian (Fargo, season four), who provides the voice-over narration. His natural cheerfulness lightens up such observations as “Those are the guys that are going to die,” as he watches some taggers spraying “Bed-Stuy, do or die” on a wall.

His mother tells him and his sister “If I ever catch you spray-painting on anybody’s wall I’ll put my foot up your behind so far you’ll have toes for teeth!”

Chris had a blue-collar dad (Terry Crews, Brooklyn Nine-Nine) who knew the price of everything, and a working mom (Tichina Arnold, The Neighborhood) who spoke several dialects of whoop-ass: “I’ll slap you right out of the phone book and then call Ma Bell up and tell her I did it!” He is the only black kid in his new school (Corleone Junior High) and daytime guardian of two younger siblings, one of which has it in for him.

About Keisha, the girl next door, Chris says, “At 13 I didn’t know a lot about sex, but I knew she had something to do with it!”

Closer in tone to Jean Shepard‘s memoirs then Kevin Arnold’s, Everybody Hates Chris is pure fun.

“My dad didn’t say ‘I love you.’ He was one of four fathers on the block. ‘I’ll see you in the morning’ [when going off to his night job] meant he was coming home. And coming home was his way of saying ‘I love you.’” 95%|98% score on Rotten Tomatoes.

Next time, Just one more thing: Columbo and Dostoevsky.