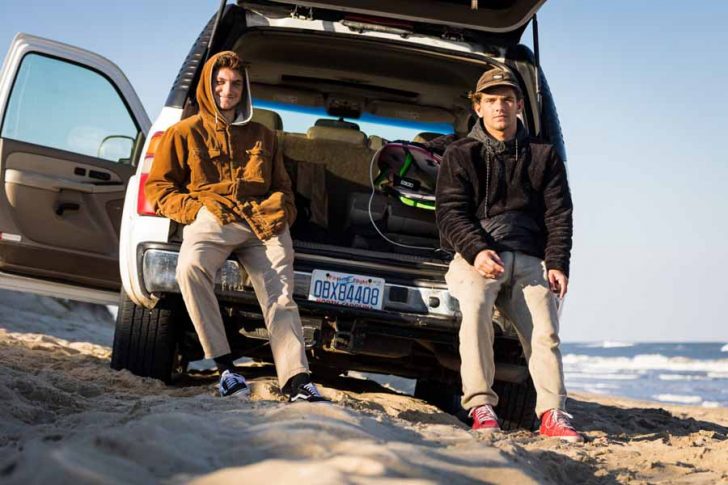 Our focus for this “Getting to Know” installment is on our youngest subject to date. Logan Alexander Marshall won’t turn 21 until October. But age has never been an obstacle for the budding filmmaker. In 2016 Marshall emerged into the public eye when he won the Outer Banks Chamber’s “My OBX” photo contest — where many of the submissions came from older and more experienced photographers. A year later, he became the youngest person to ever win the Carolina Surf Filmmaker of the Year award at the Carolina Surf Film Festival, once more pitted against older and more experienced competitors.

In 2018, Marshall released “Outer,” another surfing-themed short film and one year later, a longer, surf documentary featuring some of the leading names in east coast surfing, entitled ‘Dimensions’ premiered at the Pioneer Theater to a crowded house.

We wanted to check in and learn what Marshall is working on these days as well as getting to know a bit more about this remarkable young man.

Q: A good place to start is — what have you been up to and what’s in the pipeline for your filmmaking endeavors?

A: Right now I’m working on my first ever script or screenplay. Something different than my prior documentary films.

Q: Is it surf related or a new angle?

A: It’s definitely not surf related. I’m on my second draft and its almost a gangster movie — not quite, but it has some crime elements to it.

Q: Are you going to make the movie also or will you shop the screenplay and let someone else shoot it?

A: I’m not sure yet. I just finished the second draft. I might write a second screenplay and shoot that myself so I can learn how to do it, and then decide what to do. If that goes well, I might take the screenplay I’m working on now and fundraise for it. That’s what Tyler Nilson did with Peanut Butter Falcon. They raised enough money to shoot the film and pay everyone back.

Q: In our first conversation you mentioned editing videos. What are you doing there?

A: Yeah. People have been coming to me with folders of footage they have, and they’ve asked me to make a video out of them. For example, Will Deane, the local twelve-year-old surfer who won a national championship just came back from Hawaii, and they gave me about 200 videos and asked me to make something out of it for them.

So far, the jobs have all been surfing related, but next week I will start working with Chris Hannant of Swell Weddings. I’ll be mostly doing weddings and mini-documentaries, including one on a large boat they are building in Wanchese.

Since I didn’t go to college, these jobs are how I make money to keep working on my real passion — making films. It’s like my own film schooling and I’ve found its really about how much you know and not necessarily going to a formal school or a college. So any video work that comes my way, I’m excited to get those jobs so I can continue learning more about filmmaking.

Q: One of the coolest aspects of your films are the soundtracks. The music runs through almost all genres from old 1940’s standards to classic rocks and newer genres. Several reviews I’ve read of your films mention the music. What inspires your selections for each film?

A: Any compliment to my soundtracks gets me really excited, thank you! I listen to a lot of music and try to listen to all sorts of different genres. We pick music we personally enjoy. When I say we, I mean myself, Bo Raynor (the surfer that I film with), and his brothers Jake and Jesse. We all have different music tastes and different forms of creativity.

Most of the music we choose comes from us listening to it in the car together on the way to film. We’ll even discuss how we’d edit the video to the song. Personally, I look for music with a large, complex sound. Lots of beats and time changes. Typically, I try to find songs that make me think, “This would be really hard to edit, but if we pull it off it’ll be really good.”  Also, now that I’ve been doing this for a few years, I get a ton of recommendations sent to me on social media and for the most part, they’re pretty good. 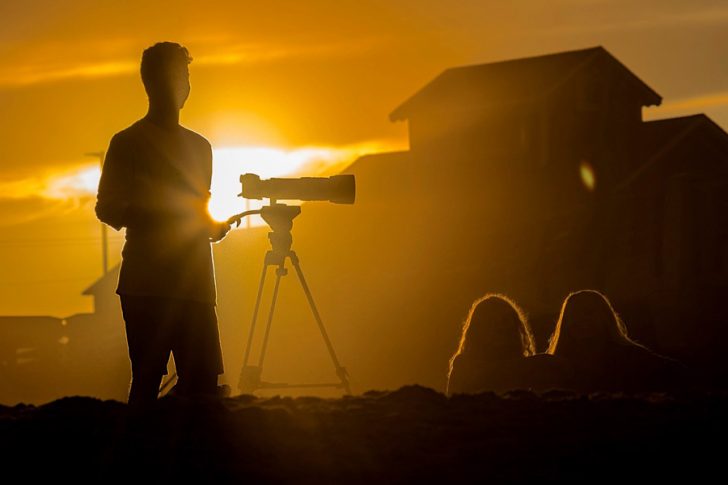 Q: What is a typical Logan Marshall day?

A: If there’s waves, I wake up around 5:40 and head out. I film until the sun goes down, then go through footage until about 1 a.m. Typically, a run of waves is three or more days.

Since March of last year, I have been producing videos and editing more than I’ve been filming. When I edit, I wake up at 8 a.m. and start working by 9 a.m. I work until about dinner time and take a two-hour break, then work until midnight. Throughout the day, I’ll take short drives or bike rides around Manteo for quick breaks.

Q: Growing up, did any movies inspire you to become a filmmaker?

A:  I’m sure every movie I’ve ever seen has inspired me in some way deep in my consciousness. I think growing up having a Star Wars nerd as a dad (Local First Bank executive Kenny Marshall) showed me how cool movies are which definitely helped spark my interest. Star Wars also has a larger-than-life aspect that I feel helped shape what I like to visualize in my shots. Also, for a while in the 8th grade, Forrest Gump was always playing.

I have so many favorite movies and they change every week. In no particular order, Forrest Gump, Interstellar, Pulp Fiction, The Gentlemen, huge Star Wars fan, and even stuff like Monsters Inc. and Zootopia. I just watched 2001: A Space Odyssey for the first time and now it’s right up there with my all-time favorites.

Q: The Outer Banks is a foodie area. What are some of your favorite local haunts?

A: I love Jack Browns, Waveriders, and the Cookshak. In high school I started baking cookies every night and haven’t stopped.

Q: Besides the beach, are there other local hangouts where you might be found when not working on films and videos?

A: I go to Front Porch Cafe almost every time I venture out into public.  I also love the Lost Colony. I think it’s up there as one of the prettiest places on the Outer Banks. I worked there when I was fourteen and when I got interested in photography. The whole park was like a photo taking playground for my friends and me.

Q: Any other athletic or sports interests apart from surfing?

A: I’ve watched college football my whole life, we’re a Clemson family. I can’t seem to get into video games, I think they’re cool and would be fun to play, but I’m so bad at them I lose interest quickly.

Q: How about favorite places you’ve traveled to on vacation or related to your work?

A: Hawaii, North Shore of Oahu. For a surf filmmaker it has everything you could ever ask for.

Q: Something people don’t know about you?

A: Getting back to that screenplay… In April 2020, I decided that I wanted to follow my dream of making movies — real movies. Tyler Nilson, writer and director of Peanut Butter Falcon challenged me to write a screenplay and try something other than a surf film. From April until the end of the year, I spent a couple hours a day studying screenwriting and movies in general. In the fall, I wrote my first screenplay. I didn’t write it to do anything with it, just to learn how to write.

In January, I started writing my first real script and decided to make this project my priority for the next couple years. During a day of writing, I will try to start around 10 a.m. and I’ll get six to nine hours of work in by 10 p.m.

Since Covid started, I’ve tried to take advantage of the time to try and get a head start on what I want to do for the rest of my life.