Harrowing and brave rescue from a Grandy fire 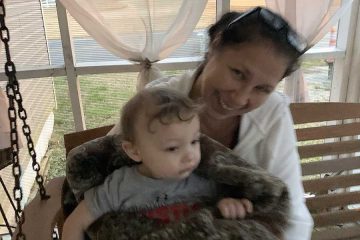 On the night of March 4, Laura Stalls had fallen asleep on the couch of the century-old farmhouse in Grandy she had renovated into “The Great White Hall” Airbnb bed & breakfast inn more than five years earlier. Due to COVID-19, Stalls hadn’t had guests at the inn for the past year. But Stall’s daughter, Alexandra (Alex) Stalls, and two grandchildren – two-year-old James and one-year-old Lincoln Herslow – had recently moved in and were asleep upstairs.

Shortly after midnight, Stalls woke to a loud bang in the back of the house, a noise she would quickly discover was a window being blown out from a fire that had erupted as she and her family slept. A harrowing 15 minutes followed as Stalls screamed for Alex and eventually ran up the stairs, through flames, to reach her daughter and the two grandsons upstairs.

“My steps to go upstairs are right at the back door, at the back porch of the house,” Stalls recalled during a Voice interview. “The flames were coming in and the only thing I could do was go through them to get to Alex and the babies. I was screaming and screaming, and they couldn’t hear me…I mean it sounded like a freight train, it was so loud.”

What ensued was a dramatic and brave rescue that ended up with Alexandra and her two sons uninjured, but with Stalls in Sentara Norfolk General Hospital with burns, some of them third-degree burns, covering about 20% of her body. After undergoing two skin graft surgeries, she was released exactly three weeks from the date of the fire.

In her recounting of the story, Alex said that when her mother reached her and the boys upstairs, the clothing on Stalls’ back and one arm were smoldering with flames that were quickly put out. Holding tightly to the boys and calming them by telling them they were going on a small adventure, the mother and daughter quickly climbed out a window onto the roof above the front porch.

After a few minutes of calling for help, they realized that on the desolate stretch of U.S. 158 in the middle of a cold and windy night, they could not afford to wait for help to arrive. Stalls, 53, jumped to an adjacent lower wing of the roof and climbed to the ground. Alex then dropped the two boys into Stalls’ open arms about eight feet below before jumping down herself.

The house was entirely engulfed in flames by the time first responders arrived, Stalls noted, and the family lost their two dogs. The home was a complete loss and the cause of the fire is still under investigation.

Originally from the Virginia Beach area, Stalls, as well as Alex and her two boys, have found temporary housing back in that area – Stalls with a friend and Alex and her sons with her fiancé’s parents. With her business being shut down for a year due to COVID-19, recently laid off from her regular job a few weeks before the fire and with no health insurance, Stalls faces overwhelming medical bills.

“The house burned to the ground, there is nothing left… the only thing we got were the clothes off our backs – but those babies are safe, they didn’t get a burn on them and they’re doing great,” asserted Stalls, who in 2003 owned the Chick’s Beach Café in the Chick’s Beach neighborhood of Virginia Beach. Her restaurant, she added, served as a triage and refuge for people who were displaced due to a major fire that December that destroyed multiple homes along the Chesapeake Bay.

When asked what was going through her mind during the March 5 fire, Stalls said, “[Everyone] says you never know until you’re in that situation, but you don’t really think. You just look at the situation, assess and go. I never thought that I’m going to be on fire going up these steps. I just thought, ‘I have to get there to them, I have to get them no matter what.’” 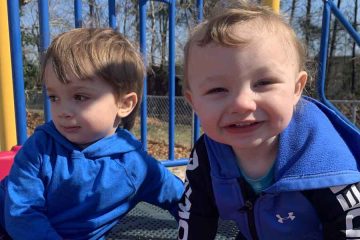 For her part, Alex said that even though she and her mother lost all their possessions in the fire, the experience has allowed them, in a sense, to let go.

“It’s really changed both of our minds and our hearts about the way we felt about a lot of things,” acknowledged Alex.

“It’s really been an experience that has allowed us to move on in ways that we wouldn’t have otherwise. I think people need to know that just because things are tragedies, it doesn’t mean necessarily that they weren’t meant to happen.”

A Go Fund Me page has been started for the family.