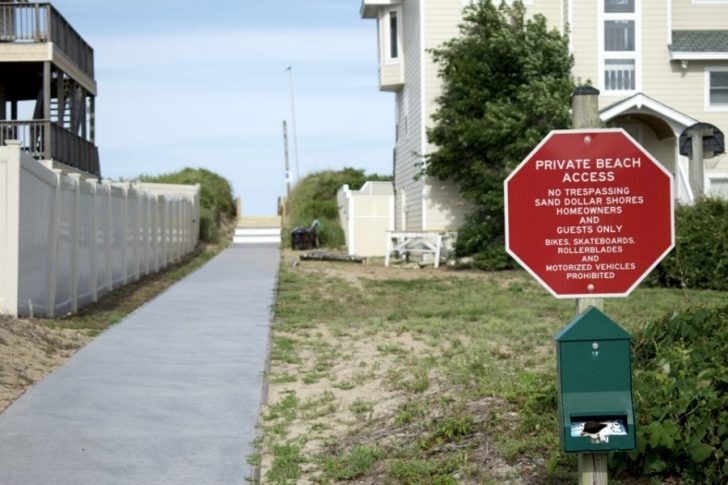 A North Carolina Court of Appeals has reversed a February 2020 decision from a Camden County Superior Court judge, ruling on April 6 that the Sea Breeze beach access in the Duck subdivision of Sand Dollar Shores is, in fact, private.

Bob Hovey, owner of Duck Village Outfitters, has for years led a crusade for public beach access in the northern Outer Banks town and filed suit in 2019 against the neighborhood’s homeowners’ association arguing that the walkway was in the public trust.

A staple of the Outer Banks surf community, Hovey filed the complaint several months after being arrested and charged with second-degree trespassing in May of 2019 when attempting to use the access at the end of Sea Breeze Drive.

While noting that the subdivision, easement and homeowners’ association predates the incorporation of the town, the Court of Appeals ruling states: “The Town has not sought to establish a public beach access and generally maintains that all of the beach access locations within the town limits of Duck are located on private property. This Court must uphold these private property rights under the law.”

The ruling goes further and states that the Plaintiff, in this case Bob and his wife Tanya, are not barred from the beach. “They may, as suggested by counsel, negotiate for access with [Sand Dollar Shores HOA] or, failing that, drive to nearby municipalities or any unincorporated areas in the county to the north and south that maintain public beach accesses.”

Hovey told the Voice following the ruling that he was considering appealing the court’s ruling and that he was meeting with his attorney on April 8 to determine what steps to take next.

An April 7 statement from the Town of Duck, emailed to the Voice, read: “The Town has been informed of the recent decision regarding the beach access located in the Sand Dollar Shores Subdivision. The Town will abide by the decision of the Court and remains neutral regarding this dispute between the plaintiffs and defendant.”