Dare Board approves Letter of Intent with BrightSpring 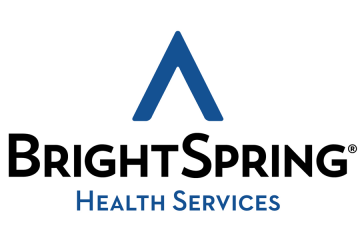 Update: By a unanimous voice vote at its April 7 meeting, the Dare County Board of Commissioners approved the non-binding Letter of Intent to move forward with discussions about selling the Dare County Home Health & Dare Hospice Agency to Kentucky-based BrightSpring.  An amendment to the motion also allows the board to postpone a scheduled April 19 public hearing on the issue if the county staff needs more time to prepare.

The vote followed three public comments and then remarks by all six commissioners who were present. Some of the commissioners’ remarks seemed atypically defensive, in an apparent response to comments and a social media campaign that accused them of favoring BrightSpring largely because of its high-bid $2.9 million offer rather than safeguarding the interests of the local community.

At its April 7 meeting, the Dare County Board of Commissioners is slated to approve a non-binding Letter of Intent with the Kentucky-based BrightSpring Health Services to proceed with discussions regarding the potential $2.9 million purchase of the Dare County Home Health & Dare Hospice Agency.

The Letter of Intent does not constitute a binding agreement, but it triggers a process in which BrightSpring would wire the county 10 percent of the purchase price as a deposit once the letter is signed. And the decision on whether to approve the letter comes as some members of the community voice opposition to a sale to BrightSpring.

In early March, the county commissioners entered into a contract with a Raleigh law firm to identify potential private entities interested in purchasing the county-operated agency. Four health care providers submitted proposals with offers that ranged from $250,000 to Bright Spring’s $2.9 million.

Also on April 7, the county is slated to schedule a public hearing for its April 19 meeting on the sale. In recent meetings on the topic, County Manager Bobby Outten has cited the challenges over the years in operating the agency, including the difficulty retaining enough nurses to meet local demand as well as the consistent loss in revenue in order to sustain its operations.

“The question for us is do we continue to lose money and provide limited services, or do we get somebody in here that can better meet the need and we don’t have to use taxpayers’ dollars,” Outten told the Voice in a phone interview.

Nurses with Dare Home Health and Hospice, which is Medicare certified and licensed by the state, provide 24/7 in-home, medical services and hospice support to residents of all ages in Dare County who are homebound and may need supportive care.

In explaining why BrightSpring is the top consideration, Outten said that the companies that submitted proposals all said they would provide services in Dare County’s service area and take care of the employees currently employed with the agency. “But because we’re a small company and a small company couldn’t make it, we looked at a big company, and also because they’re offering us $2.9 million,” he said.

Meanwhile, in recent weeks, a local social media campaign has surfaced urging residents to contact county commissioners and submit public comments on April 7 and 19 voicing opposition to the BrightSpring sale. That campaign has centered on a theme that a large national company is not the right fit for Dare County.

“As a community nonprofit health system, we may not be able to meet the cash offer of a larger for-profit investor-owned entity,” Allen wrote. “However, we believe that our existing long-standing commitment to the health care of the residents of Dare County, speaks to our enduring ability to care for residents in all areas of the county and provide security for the agency’s employees with an established local health care provider.”

In the letter, Allen asked community members to reach out to county commissioners asking them to not take any action on the Letter of Intent before the April 19 public hearing.

The Chesapeake General Healthcare proposal includes $250,500 as well as a 12-month employee guarantee and a $3,000 retention bonus payable at six months and 12 months. “I think Dare County is known for the community feel and the local focus and that’s really what we wanted to bring,” Allen told the Voice. “We wanted to really try to create an opportunity to keep this aspect of health care in the community.”

Outten told the Voice that the Letter of Intent is not binding and allows the county to do its due diligence, to share information with the company, and to hear the company’s plan as far as providing services and taking care of current employees. “Depending on how all that works out, we would either move forward and enter a contract to sell or we would decide that it was something we didn’t like,” he said.

The Letter of Intent, however, does prohibit the county from negotiating with other entities for a certain time period, a time frame that Outten said would be June, which would likely preclude the county from selling the agency before the beginning of the next fiscal year.

“If it’s possible to get it done by the new budget year, it’s certainly helpful because then you don’t have the budget funds to cover the cost to subsidize the operation as we’ve been doing in other years,” the county manager acknowledged.

One local resident who has helped lead the social media campaign, Ann Maratellos, said she fears that with a national company, many of the positions of the agency could be outsourced out of the area.

“This community is about catering to local business and Chesapeake and Vidant have been doing that for what, thirty to thirty-five years already,” she asserted.

One Dare Home Health & Hospice employee who asked to remain anonymous said that the agency’s employees wanted it to remain under the county government’s umbrella.

“The management has known for years the grievances of the nurses who have worked here,” the employee told the Voice. “If they could just restructure how it works, they could save it and keep it in the county.”