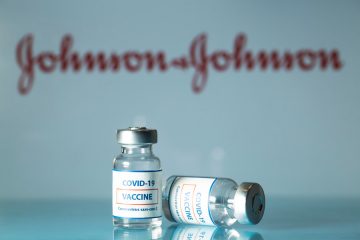 Wake County announced on April 8 that it is pausing vaccinations of the Johnson & Johnson vaccine after 18 people experienced adverse reactions at a clinic that administered more than 2,300 doses. Media reports say that UNC Health has also stopped administering the vaccine after several adverse reactions. The Voice was unable to reach the Dare County Health and Human Services Department tonight for comment.

Here is the Wake County statement.

“Out of an abundance of caution, Wake County has paused Johnson & Johnson vaccinations at PNC Arena after a limited number of adverse reactions were reported at PNC Arena during the required post-vaccination monitoring period.

More than 2,300 J&J vaccines were administered at the PNC clinic today. Wake County EMS evaluated 18 total patients. Fourteen of those people had minor reactions and were treated on site. Four others were transported to area hospitals where they are being evaluated and are expected to be released.

Wake County made the decision to pause today in partnership with the NC Department of Health and Human Services and after consulting with the manufacturer. Together, these teams continue to investigate the issue. Currently the Centers for Disease Control and Prevention are analyzing the vaccine lot and expect to issue guidance within the next two hours.

Less than two hours of appointments were left at PNC Arena for the day when officials made the decision. Today, those remaining appointment holders were offered Pfizer vaccines or the opportunity to reschedule until the evaluation is completed. Wake County plans to hold and store any J&J vaccine until additional information is collected.”