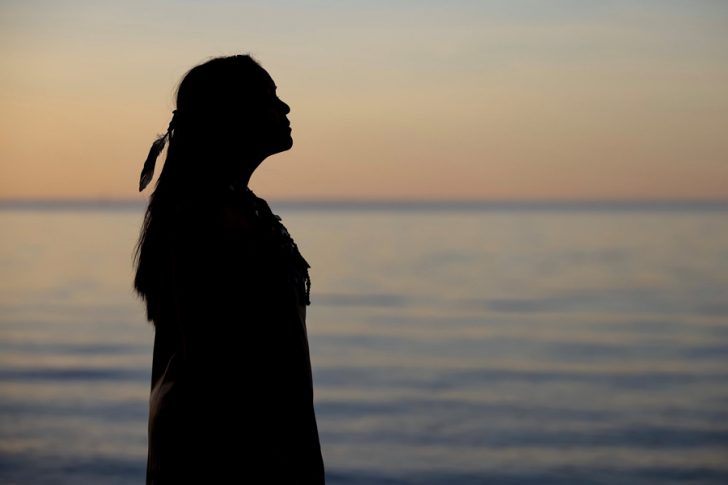 Other changes coming in Native American aspect of play

Kevin Bradley, chairman of the Roanoke Island Historical Association (RIHA), recalls that the organization would receive occasional complaints about its use of non-Native Americans to play Native-American roles in The Lost Colony play every year. But for a number of reasons, including the challenge of finding enough Native-Americans to fill out the cast, the practice had continued.

Then, two things happened to change that. One, according to Bradley, was the cancellation of last year’s play during the COVID pandemic, which allowed for some longer-range thinking and “a chance to really do a gut check.” The second was a petition on change.org that started last year and was initiated by Adam Griffin. The headline was blunt: “Stop Performing Racist, Redface Performances of ‘The Lost Colony’ in Manteo NC.”

A dialogue ensued, both with Griffin and Native American tribes, and as a result, there will be numerous changes when the curtain rises on the new season of the Lost Colony on May 28. One of them will be the hiring of about 20 Native Americans to fill out those roles this year.

When he first got wind of the Griffin petition, Bradley acknowledges that, “I remember thinking, ‘this is tough.’ [But] you have to ask this question about any criticism, ‘is it true?’ And much of what he wrote is true.’’

The change.org petition, which currently has about 680 signers, made the charge that, “The Lost Colony, along with those above productions, are offensive, inaccurate, and perpetuate a false narrative of what our country’s history looks like.”

More specifically, Griffin asserted that the Lost Colony has, since its debut in 1937, “depicted Native Americans, with the casting of non-Native Americans. They take it a step further, in ‘bronzing/painting’ the actors so that they appear ‘like-Native Americans.’ This is a form of blackface, coined as ‘redface.’”

That led us to “open a dialogue with Adam,” says Bradley. “A lot of people say he called us out. I don’t think so. I really think he called us in.”

There was also an increasing dialogue with Harvey Godwin — Chairman of the Lumbee Tribe of North Carolina who is also now on the RIHA Board of Directors — that changed some thinking about the play.

“He was wonderful. He was gracious,” says Bradley. “After a few conversations with Harvey, we realized we had some blind spots” in the show. “The bigger change for us has been the ongoing collaboration.”

Asked if, other than the use of Native American actors, playgoers will notice differences in the 2021 version of the Lost Colony, Bradley does not hesitate. “I think in the first ten seconds of the show, the audience will know there’s a difference,” he declares. “I mean immediately.”

“We’re not shifting the focus off the colonists,” he adds. “As it relates to the Native American component, that’s where the changes will really take place.”