A few ideas and projects in the pipeline 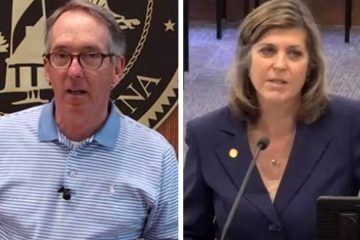 In an October presentation to the Dare County Commissioners, Marcia Perritt, associate director of the Development Finance Initiative (DFI) ticked off some sobering statistics. She told the commissioners that almost 3,000 people had turned down jobs in Dare County because of a lack of affordable housing. She also noted that the county needs 1,200 rental units for lower-income workers.

Given that reality, it’s no surprise that as summer nears, there are serious concerns about a labor shortage on the Outer Banks that could affect everything from business hours to the quality of service. The lack of affordable housing is a major contributor to that problem, and while the issue is not unique to the Outer Banks, there are limited options for tackling the problem here.

“Raleigh, Durham, Winston-Salem, the large urban areas, they’re all struggling with the same problems. The difference there is as you move out twenty miles or so from Raleigh in Wake County, you’re still in Wake County and you’ve got less urban areas. We just don’t have any large tracts of land for that kind of housing,” observed Dare County Manager Bobby Outten.

Bobby Hanig, the State Representative from N.C. House District 6 is blunt. “I don’t see a short-term solution to resolving the problem,” he said.

In this installment in our ongoing series of stories about key Dare County housing issues, we look at some of the efforts — public, private and public-private partnership —to create more reasonably priced workforce housing.

Yet even as developers break ground on new projects and the county and towns pass ordinances trying to address the problem, a shortage of quality, affordable workforce housing will continue to plague the area for years.

In October 2020, the Dare County commissioners voted to move forward with the Bowsertown workforce housing project in Manteo. The property, off California Lane, is owned by the county.

But it is a long journey from concept to completion, as Outten explained, and the project is currently in the design phase. “Our goal is to get it built quickly. But to do this we’ve got to have developer input that uses the tax credits [and other incentives]. Just Dare County can’t build it. We don’t have a housing authority, so we’ve got to have a public private partnership to do it,” he said.

“We want to get as many units as we can and have all the things you need to make it a livable community,” Outten continued. “Hopefully near sixty units. Sixty seems to be kind of a sweet spot for the developers as a minimum they can do that makes sense for them.”

Bowsertown is not the only workforce housing development in the pipeline. If construction progresses on schedule, SAGA Construction plans to have Somerset Apartments in Kill Devil Hills, a 112-unit apartment complex, ready for occupancy by June 2022.

Using a generally accepted calculation that housing costs should be approximately 30% of income, the apartments are targeting workers who earn between $40,000-$52,000 per year.

“The lack of affordable rental housing is a major weakness in our infrastructure here, and it’s causing ripple effects in getting the right people. You can’t bring people to the area if there’s no housing,” he added. 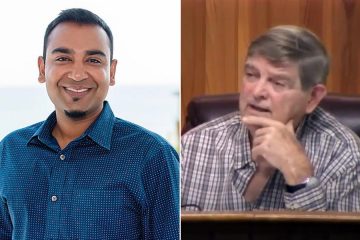 SAGA is also hoping to develop a 72-unit project with all rents under $1,000 located by the CVS in Manteo. That property is zoned commercial and to proceed, the town will have to issue a special use or variance permit to use the property for residential purposes. The town’s planning board has turned the request for a variance down, and the matter next goes to the Manteo Board of Commissioners.

“If it happens, 72 units, one, two or three bedrooms, all under $1000, because it’s state regulated…And not one dollar of local money needs to be used,” Gupta said.

The commissioners and some municipalities have tried legislating incentives for more reasonably priced housing through such tools as accessory dwelling units (ADU) and cluster developments.

In the past, renters who were residents of the Outer Banks often relied on ADUs — attached apartments to homes that were generally well-priced and were a good option for an individual or small family. Increasingly, though, those units have been converted to VRBO (Vacation Rental By Owner) and Airbnb rentals.

Although ADUs have been a part of the Outer Banks rental market for a number of years, until recently there was no specific permitting guidelines for them. Within the past two to three years, though, Dare County and some of the county’s towns have created ordinances to allow them.

The language in the ordinances calls for them to be used for long-term rentals, but as Kitty Hawk Mayor Gary Perry notes, enforcement is difficult.

As a practical measure, there “really…is no way to enforce that. It’s worth it to try to say that’s what we want. In practice, I have no doubt they’re being rented right and left, there’s no question in my mind,” he said.

ADUs are not the only option Dare County is using to try to address its housing shortage. Dare County Planning Director Donna Creef believes that cluster developments can play a role.

“We did a handful of houses in Rodanthe, a couple in Avon and then we approved another one down on Hatteras,” she said.

According to Creef, the county has clear guidelines defining what a cluster development is and how it can be used.

“We have standards in our ordinance for a group home, it’s called a group housing development,” she explains. “You have one parcel of land, and you only own the footprint of your structure. Everything else is common area that has certain setbacks and building separations in order to do the cluster homes…They have to be occupied on a long-term basis.”

To date, however, very few cluster developments have been approved by Dare County.

“It’s not any significant number,” Creef acknowledged. “But I think that, you’ve got to crawl before you can walk. The competition for housing is so keen I think that even one unit helps.”

Although land is at a premium for most of Dare County and anything large enough for a subdivision or development is difficult to find along the Outer Banks or on Roanoke Island, the county includes a sprawling mainland.

Much of the mainland is part of Alligator River National Wildlife Refuge, but the Eastlake community is a largely undeveloped and sparsely populated part of the county. However, there is no county water provided to the area and well water is used for homes. Because septic systems are used for waste treatment, creating subdivisions is a challenge.

Hatchell Concrete in Manteo took on that challenge with Laurel Bay, a small modular home development about a half mile from the Alligator River Bridge. There was an old farmhouse on the property that Jamie Hatchell had hoped to restore, but it was past redemption.

“Then this idea just grew from there, because we had all this property and acreage— and why can’t we make a nice place that’s affordable,” Jamie Hatchell said.

The subdivision is not large. There will be 21 lots with 19 for residential and two for commercial use. The company is stating slowly, with only three ready now.

Perhaps most importantly, the company is trying to keep the price around $250,000, although it’s difficult to do. The next delivery is scheduled for the summer and keeping the price in line is a challenge.

“When I priced up the new [modular homes] they are 30 to 40% higher than what we originally paid. I don’t want cut quality, so I’m trying to choose different models…anything I can do to kind of keep it so that we won’t have to raise prices. There’ll be $250,000 or just to touch a bit more to cover the cost of just 30% inflation,” he said.

It is a project that Hatchell Concrete is well positioned to undertake, Derek Hatchell stated.

“It’s a unique situation because we have a construction company. We have equipment…The average person would probably pay quite a bit more than what we had to pay for those services,” he said.

Laurel Bay, for the Hatchells, represents what can be done when people think creatively about solutions.

“I do encourage people to kind of look out of the box because we are a very small area, and we’re not growing more land,” Derek said. “There is property, that if you know you dig a little deeper, you can utilize.”