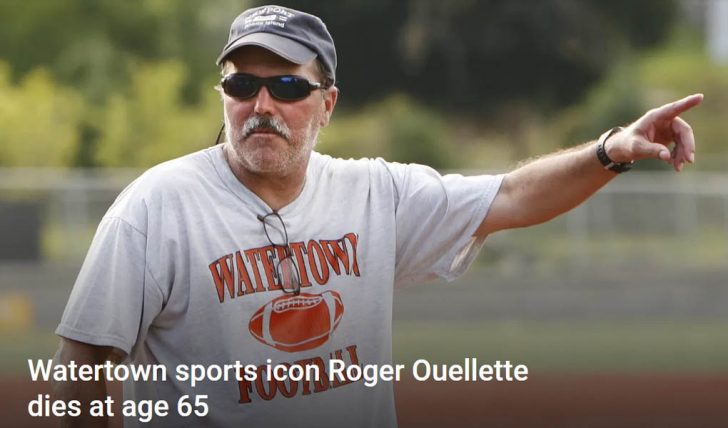 (Permission for use granted by Waterbury Republican American.)

Update: The Waterbury Republican American newspaper has published an April 17 story on Roger Ouellette’s death that calls him a “Watertown Sports Icon.” Ouellette was killed in the accident that occurred in Southern Shores on April 16. Although retired, he had been both the baseball and football coach at Watertown High, coaching football for 19 years and baseball for more than two decades. The story in the Republican American, written by Mark Jaffee, beings with the words: “In terms of good-guy status, few compared to Watertown’s Roger Ouellette.”

Permission for use granted by Waterbury Republican American.

The Southern Shores Police Department reports that Roger Henry Ouellette, Jr., 65, of Watertown CT was fatally injured in an accident involving a motor vehicle and pedestrian that occurred around 8:20 p.m. on April 16 at the intersection of Duck Road and Chicahauk Trail.

According to the police report, the victim was walking with family and friends trying to cross over Duck Road at the lighted crosswalk to the beach access at the time of the accident. Part of that group had crossed when the pedestrian sign signal changed from crossing to no crossing and the light turned green for traffic on Duck Road. After waiting for one car to travel northbound before crossing, the group did not see a second car heading north on Duck Road, and that vehicle struck Ouellettte. He was taken to Norfolk General by Dare County Med Flight where he later passed away.

The report also says that there are no indications that speed or alcohol was involved on the part of the driver, William Thomas King, Jr., 60, of Fort Washington, MD.

Ouellette and his family were on the Outer Banks to celebrate the wedding of his son this weekend.

The statement from the Southern Shores Police also asks the Outer Banks community to “lift up both of these families and their friends in prayer during this most difficult time.”