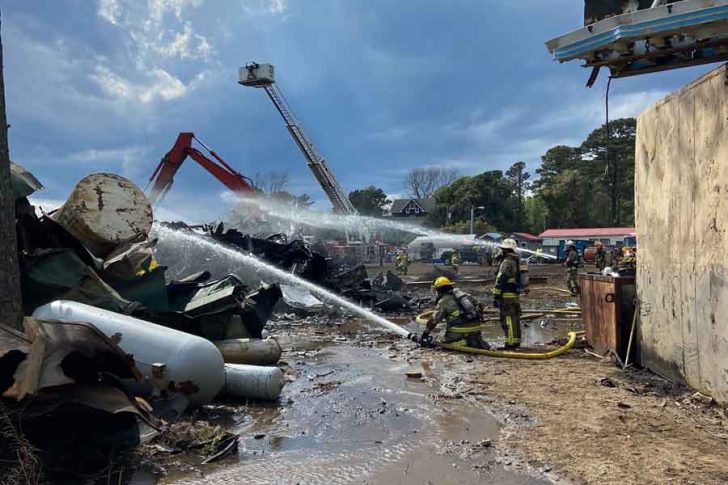 Update April 19 at 9:25 pm: According to Steve Kovacs, Dare County Fire Marshal, the fire at the junkyard, which was confined to debris and scrap metal, resulted in no injuries nor damage to buildings. The first call came in at about 2:30 p.m., and by 6 p.m., the site was cleared. The fire did go to a second alarm, and among those responding were firefighters from Roanoke Island, Manns Harbor, Nags Head, Kill Devil Hills, Colington, Southern Shores and personnel from the North Carolina Forestry Service. Dare EMS was on the scene as well. 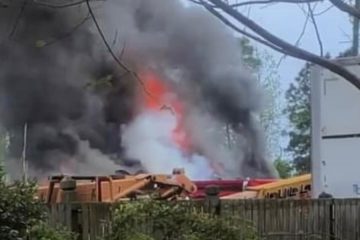 Kovacs said the fire has been ruled accidental and no further investigation is required.

April 19 at 3:21 pm: There is currently an active fire at 97 Davis Landing in Wanchese. According to a person in the vicinity, the location is a scrap yard and explosions have been heard. Firefighters from Manns Harbor and Roanoke Island are reported to be on the scene with additional reports that Nags Head firefighters have also arrived. More details as they become available.