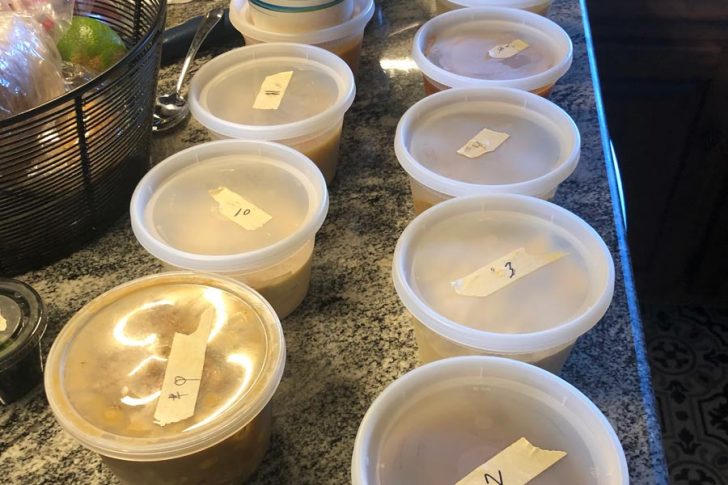 We have a winner. Actually multiple winners. This year’s OBX Chowder Cookoff — part of the OBX Taste of the Beach festivities — had to be reinvented to accommodate COVID restrictions. And the judging had two components. Fifteen restaurants participated in the event, with the public able to pick up cups of chowder and then vote for their favorite chowder during a live Zoom event on April 18.

Just before the Zoom event, a small group of judges also gathered to make their own selections.

As part of that event, the participating restaurants also produced a quick 20-30 second video of the chef describing the chowders.