WHAT TO WATCH ON TV
Stream On: Bob Denver, from best friend to first mate 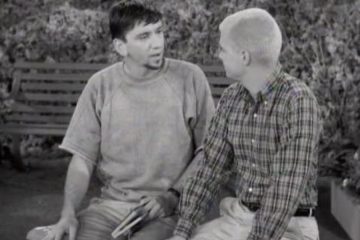 In 1957, grammer-school teacher and phys-ed coach Bob Denver was permitted to audition for a role on the new sitcom The Many Loves of Dobie Gillis as a favor to his sister, who was a secretary on the production lot. He had had one small part in Universal Television’s The Secret Service and knew the new series’ star, Dwayne Hickman, with whom he had acted in college productions at Loyola University. He became the series’ breakout character, best friend of Dobie, TV’s first beatnik, who stole every scene he was in.

In 1964, Dick Van Dyke’s brother Jerry turned down the title role in a new sitcom, Gilligan’s Island, in favor of My Mother the Car. Ouch! Enter Bob Denver, who was about to enter popular American culture with bells on.

THE MANY LOVES OF DOBIE GILLIS [IMDb.com] [trailer]

This was the first American TV program to feature teenagers as leading characters, not supporting actors, as in Father Knows Best and Leave it to Beaver. Adapted from Max Shulman’s 1951 collection of short stories and a 1953 musical film, The Many Loves of Dobie Gillis broke new ground in other ways, too, depicting the contemporary counter-culture, the Beat Generation, although in a family-friendly manner. Dwayne Hickman, who played Dobie, said that it represented “the end of innocence of the 1950s before the oncoming 1960s revolution.”

Indeed, the tone of the show was knowlingly humorous—one thing was on Dobie’s mind, and it wasn’t ice cream sodas. His beatnik friend Maynard G. Krebs (Denver) loved jazz and played the bongos, spoke “hipster,” hated working and authority figures, and collected tinfoil and petrified frogs. Dobie’s exasperated father ran a grocery store in which he tried to get his son to work, usually exclaiming, after one of his son’s typical misadventures, “I gotta kill that boy!” (Try to imagine that playing today.)

Dobie Gillis was noteworthy also for the inclusion of 1960 Golden Globe winner and former child actress Tuesday Weld and a freshly minted Warren Beatty, who had three TV appearances under his belt. Weld played Thalia Menninger, the beautiful but mercenary object of Dobie’s affections, and Beatty was Milton Armitage, a rich jock who was Dobie’s rival for Thalia’s hand. Young radio actress Sheila Kuehl made a splash as the smartest girl in the school, who had a thing for Dobie.

The show, like Hickman’s friend Jackie Cooper’s contemporary show Hennessey (not apparently streaming), took an attitude of irony and cheerful cynicism that was fresh back in the day, but a harbinger for today’s TV. 7.6/10 rating on IMDb.com. 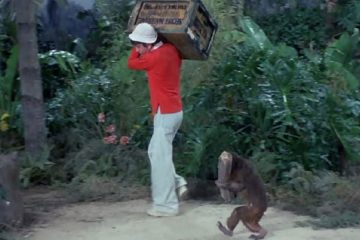 Thanks to the hapless first mate Gilligan (at left), the seven passengers and crew of the SS Minnow become stranded on an unchartered isle. (IMDb.com)

Bob Denver, who was an unexpected breakout star of Dobie Gillis, got his own sitcom, helped by interim appearances in The Farmer’s Daughter, The Danny Thomas Show, and its spinoff, The Andy Griffith Show (streaming). Gilligan’s Island, in contrast to the smart comedy of Dobie Gillis, was a celebration of stupid fun from Sherwood Schwartz, a writer for The Red Skelton Show, who later created The Brady Bunch.

In the zeitgeist that also saw the creation of content-free “swinging” comedies like The Monkees, Gilligan’s Island was a huge hit, attracting twelve million households a week (and also beating The Monkees when it appeared). It had been less than a year since the assassination of President Kennedy, and America took to these silly shows for relief from an unwelcome reality. (The writers of 1978’s Animal House deliberately set that movie in 1962, ending it the day before the assassination, calling that “the last innocent year of America.”)

And fun escapism was the order of the day: literal escapism, to an unchartered island in the middle of nowhere. The incompetence of the Minnow’s first mate Gilligan (Denver) leads to a diverse-for-the-day party of seven being stranded on the island, a rich couple, a glamorous movie star, a girl-next-door, an uber-nerd scientist, and the skipper and Gilligan. Schwartz saw it as a show about “the most important idea in the word today”—that people had to cooperate with one another (in this case to survive and find a way off of the island), but we needn’t worry about that, thanks to the fine writing, cartoonish but well-rounded characters, and the pro performances by Alan Hale, Jr., Jim Backus, Tina Louise and the rest of the cast.

If you’re feeling a bit bilious about the state of the world in 2021, there are few tonics as refreshing as half an hour with the stranded tourists of the Minnow, c. 1964. This pop culture phenomenon currently has a 90% critics/74% audience score on Rotten Tomatoes.

Next time, another iconic outlaw, as seen in Sam Peckinpah’s Pat Garrett and Billy the Kid, and Vincent D’Onofrio’s The Kid.