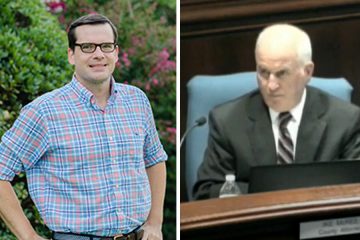 At its core, the legal dispute between the Corolla Civic Association (CCA) and Currituck County over the county’s use of more than $30 million in occupancy tax (OT) revenue hinges on language in a 17-year-old law.

In the latest round of that battle, the CCA late last month filed for a partial summary judgment of their 2019 suit. The suit challenges how the county’s OT revenue has been spent based on the provisions of a 2004 law authorizing the county to collect it.

The partial summary judgement for injunctive relief focuses on the second of 13 claims against the county – one that cites the “Unlawful use of occupancy tax proceeds for safety services and equipment in violation of the act.”

The Dare County law, for example, states that funds collected “may be used only for tourist-related purposes, including construction and maintenance of public facilities and buildings, garbage, refuse, and solid waste collection and disposal, police protection, and emergency services.”

The language in the Currituck County law is specific in what is considered appropriate — listing beach nourishment, capital expenditures and marketing as measures that “are designed to increase the use of lodging facilities, meeting facilities, recreational facilities, and convention facilities in a county by attracting tourists or business travelers to the county.” But there is no specific mention of public safety services as an appropriate use in that law.

The law that was in effect prior to the 2004 version did allow OT revenue to be used for police and emergency services in Currituck County. But the 2004 edition superseded the older measure, according to Varnell.

Is beach nourishment on the horizon for Currituck County?

How those funds are allocated may become more critical over the next few years. In February 2020, Currituck County contracted with Coastal Protection Engineering (CPE) to conduct a three-year study of the county’s beaches.

The first year’s study was released in November 2020. Although the first-year study shows that some areas of the 22.7 miles of beach from the Dare County line north to Carova are relatively stable, there are stretches of beach the show significant retreat. It is, however, the first year of a three-year survey, and as the study’s authors note, the first year is designed to establish a baseline.

Nonetheless, some of the findings, using the state’s historic data compared to 2020 observations, seem to place more than 50 homes in danger. In particular the north end of Corolla to the south end of Carova appear to be experiencing significant loss of beach.

One of the contentions of the CCA in its 2019 complaint was that although the 2004 law specifically called for funds to be applied to beach maintenance and nourishment, almost no money had been allocated for that purpose.

The CPE study is being funded through the OT funds, but it is unclear whether funds are being set aside for an actual nourishment project if the study determines it is needed.

Beach nourishment is an extraordinarily expensive process, and it calls for ongoing maintenance. Nags Head is about to renourish its beaches to replace sand lost during Hurricane Dorian. The price tag for that project is $13.9 million. Much of the project is being funded through FEMA and the state, but the town is still obligated to pay almost $500,000.

“We’ve had some preliminary discussions on it, but all of us, I think, by and large are just waiting to see where we are when they get done,” he said.

Yet, even if the study demonstrates a need for beach nourishment, the language in the   2004 law does not obligate the commissioners to fund the project, according to McRee.

“It can be used for that. But again that’s in the judgment or discretion of the county commissioners,” he said.

“This is really a political question not a legal question,” McRee added. “If the plaintiffs don’t like the way the elected county commissioners are expending funds, you would think that the solution to that would be to run candidates with a different point of view that could be elected to change the allocation of funds.”