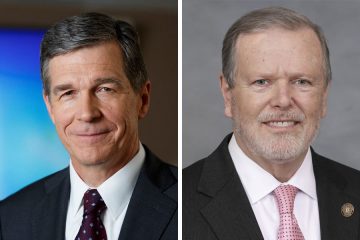 After the issue of legalizing medical marijuana had been dormant in North Carolina’s legislature for years due to a lack of Republican support, the Senate’s Judiciary Committee surprised many when on June 30, it approved a bipartisan medical marijuana bill that would make cannabis medical marijuana available to patients with a narrow list of “debilitating medical conditions.”

The committee approval — which was nearly unanimous — is the first of many hurdles the proposed bill must clear, including three additional Senate committee votes, before it passes both the Senate and House and is signed into law by the governor. The bill is scheduled to be taken up next by the Senate’s Finance Committee on Tuesday, July 13.

But advocates see the committee vote, and newfound Republican support on the issue, as a significant win and evidence that attitudes about cannabis reform are shifting in the legislature. Some are even optimistic that the bill could ultimately pass this year, while others say that the committee vote will at least be a start of a discussion for years to come.

“We’re certainly more optimistic than in past years,” said Jan Ramquist, a longtime lobbyist who is lobbying for the legislation on behalf of North Carolina’s chapter of NORML, a cannabis consumer advocacy organization.

“The bipartisan support it has received is also encouraging to see and makes us optimistic that this bill will ultimately make it to Governor Cooper’s desk,” said a spokesperson for the North Carolina Families for Medical Cannabis, which represents military veterans and other people who stand to benefit from legalization.

Senate Bill 711, titled the “NC Compassionate Care Act,” would make medical marijuana available to patients with a list of “debilitating medical conditions,” like cancer, epilepsy, HIV/AIDS, Crohn’s disease, post-traumatic stress disorder and multiple sclerosis. The list of eligible conditions is more restrictive than in other states and does not include conditions like chronic pain, chronic anxiety, and glaucoma. But a special advisory board created under the bill would have the power to add to the list of conditions.

The bill is intended to give “some compassionate care for specific ailments, to those people in North Carolina that need it, and to make them law-abiding citizens if they want to be,” said Sen. Bill Rabon, a Brunswick County Republican, bill sponsor and cancer survivor. “We need to compassionately care for our fellow man in any way that we can.”

Every year up until now, Democratic lawmakers have introduced cannabis reform bills to legalize and decriminalize the drug, however, none of them have gotten off the ground or even been debated at the committee level due to opposition from Republicans, who have controlled both chambers of the legislature since 2011.

What makes this current bill different, is that it is being primarily sponsored by two Republican senators — Rabon and Wilmington Republican Michael Lee — along with Democratic Sen. Paul Lowe, of Forsyth County.

Rabon, first elected to the Senate in 2011, told lawmakers last month that he has been working behind the scenes for over 10 years to legalize medical marijuana. As chair of the Senate Rules committee, which decides which bills make it to the Senate floor for a vote, Rabon is considered one of the most powerful and influential lawmakers in the legislature.

As a cancer survivor, Rabon has said that the issue is very personal for him — and he decided that now was the right time to put his name on a bill publicly.

“I may fall flat on my face, but I’m going to see it through,” Rabon told fellow lawmakers at the initial meeting on the bill, in late June, The Raleigh News & Observer reported. “I owe it to my fellow man. And I think you do, too.”

Other notable Republicans have also gotten on board with the bill, with some citing a personal connection to the issue. Senate Majority Leader Kathy Harrington, R-Gaston, went so far as to say publicly that her husband’s illness compelled her to rethink her past opposition.

“If you’d asked me six months ago if I’d be supporting this bill, I’d probably have said no, but life comes at you fast,” Harrington said at a hearing on the bill. “My husband was diagnosed with multiple myeloma and has been going through some cancer treatments, and I believe we’ve already had some moments in our lives where this type of medication would have assisted.”

Political analysts believe the bill will have a tougher time passing through the House, which can tend to lean more conservative as it includes more representatives from smaller, rural districts more likely to oppose the legislation.

“If it was going to happen, it was going to happen in the Senate first,” said Michael Munger, director of undergraduate studies at Duke University’s Department of Political Science.  “And if it makes it through the House, that would be something. I haven’t heard any important House Republicans say they were for it.”

While public polling for years has shown that a strong majority of North Carolinians support legalizing medical marijuana, Munger cautioned that isn’t evidence the bill will pass.

“If I’m a senator from a rural district, my public polling is going to church and talking to constituents,” Munger said. “I don’t care what people in Charlotte, Greensboro, and Raleigh think.”

Religious conservative groups spoke out against the bill at the Senate committee hearing, arguing that the safety and efficacy of medical cannabis remain uncertain and don’t meet standards for other lawful drugs. They also raised concerns it could be a step toward legalizing recreational marijuana in the state.

“Smoked marijuana is not medicine,” the Rev. Mark Creech of the Christian Action League of North Carolina said at the committee hearing.

Rabon and Lee will need to convince members of their own party that allowing medical marijuana will not become a step toward legalizing recreational marijuana, something Lee said, “we don’t want in our state.”

The proposed legislation would also make suppliers responsible for the entire production process — “from seed to sale”— making it easier to diagnose any issues when they arise than in other states with a more fragmented distribution chain.

The proposal also caps the number of suppliers that would be licensed by a new state commission at 10, and an amendment passed by the Judiciary Committee reduced the maximum number of sales centers for each licensee from eight to four, meaning there would be a maximum of 40 sales centers statewide.  Under the proposal, suppliers would pay 10% of their gross revenues to the state monthly.

A spokesperson for Republican Senate leader Phil Berger responded to an inquiry from the Voice on Berger’s position on the bill by writing, “This is a controversial bill with a mix of proponents and opponents.” Berger hasn’t publicly taken a position on the bill, but acknowledged earlier this year that public opinion on marijuana — both medical and recreational — is changing in the state.

“The bill sponsors have been meeting with legislators and advocates from all sides as they seek to build consensus,” Berger’s spokesperson continued. “Additional Senate committees will consider the bill and potentially amend it as it works through the legislative process.”

An email from a spokesperson for Democratic Gov. Roy Cooper seemed to position the governor as a clear supporter of legalizing medical marijuana.

“Studies have shown medical marijuana can offer many benefits to some who suffer from chronic conditions, particularly veterans, and the Governor is encouraged that North Carolina might join the 36 other states that have authorized it for use,” the statement said. “The Governor will review this bill as it moves through the legislative process.”

While keeping the bill narrow may help attract Republican support, those who have long been advocating for medical marijuana believe it is too narrow and will not help enough patients.

Chris Suttle, a cannabis activist from Chapel Hill, told lawmakers at the hearing that, under the current bill, he wouldn’t have been able to use medical marijuana after he was diagnosed with a brain tumor because doctors couldn’t immediately diagnose it as cancerous.

Ramquist said she would like to see the legislature allow each person’s physician to decide whether prescribing medical cannabis is best without restrictions on conditions. But she added the bill is a “good start, a good foundation.”

Some political analysts have said it will be interesting to see how hard Democrats push to expand this bill to include other cannabis reforms they’ve long prioritized, such as decriminalization. Last year, Governor Cooper’s Task Force for Racial Equity in Criminal Justice recommended decriminalizing possession of up to 1.5 ounces of marijuana and convening a “task force of stakeholders” to study the possibility of legalization as part of a larger list of recommendations. The group looked at marijuana reform in light of statistics showing Black North Carolinians are more likely to be arrested for marijuana possession than white ones despite using the drug at similar rates.

“This may well be a first step,” Phil Dixon, a defender educator at UNC’s School of Government who has written about cannabis extensively in recent years, said of the medical marijuana bill. “That is often what happens with legalization and decriminalization [in other states], there’s a medicinal program first.”

Munger believes Democrats would be wise to play the long game on cannabis reform.

“One step at a time,” he said. “This will help years from now. But if people press, and I could imagine the governor doing this, if the governor says, ‘I’ll support this, but only if you add decriminalization,’ it’s dead.”