Marshalls could open in SS mall by spring 2023 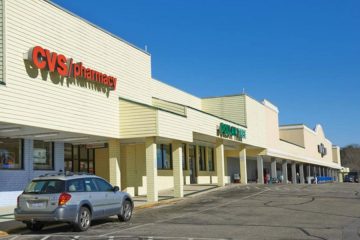 The building immediately west of the CVS is slated for demolition.

Marshalls, the off-price national department store chain, could open its doors at The Marketplace in Southern Shores during the spring of 2023 if the shopping center’s owner – Charlotte-based Aston Properties – secures all the necessary approvals.

“We know that Marshalls is a very strong credit tenant, and they have a large following,” Aston Properties Vice President of Construction and Development Karen Partee told the Voice. “Our long-term lease with them will allow us to make some much needed improvements.”

Partee also anticipates that the “cross shopping” that will result from Marshalls coming into the center will benefit the other tenants at The Marketplace and attract more businesses to the remaining vacant spaces.

“Hopefully it will allow us to have a full center of tenants, which hasn’t been the case for many years, including prior to us purchasing the center in 2014,” she said.

Aston representatives met with the Southern Shores Planning Board on July 19 to address some staff concerns with the initial site plan, which calls for the demolition of the northern building beginning immediately west of CVS to where the building ends at the 90-degree corner. Two tenants are in the portion slated to be demolished – Coastal Rehab and Barrier Island Bagels.

Partee confirmed that Coastal Rehab was relocating to another space within the center and said that Aston is assisting in its relocation. “We are working with them on that, we’ve hired a contractor to help us with that.”

She added that Aston was also hoping the bagel shop would relocate to an empty storefront and was disappointed by Barrier Island Bagels social media posts that she said “insinuated that they were closing because of Marshalls. That’s not true.”

In a July 19 Facebook post, Barrier Island Bagels announced they were closing immediately and wrote: “It is with a heavy heart that we have to close the bagel shop doors. Plans within the property management group on the future of the center are out of our control and we must move on.” Later that day, the shop shared a link to a Southern Shores Beacon article announcing the new plans for the center and wrote, “Yep, Barrier Island Bagels is one to be demolished.”

But Partee said Aston wanted to keep the local bagel shop at The Marketplace and offered to help with relocation costs, adding that the company was surprised they didn’t want to stay. Negotiations with the shop about a potential relocation, she said, have been ongoing ever since the property management company began talking to Marshalls, about two years ago.

During a telephone interview, Barrier Island Bagels owner Allison Mayo said Aston did make an offer to her and Josh Legg to have the bagel shop relocate within the center, but that it wasn’t financially feasible and would be extremely costly.

“We’re young, we don’t have the capital or the investors,” Mayo asserted.

Mayo and Legg purchased the bagel shop in 2016 when it was Bonnie’s Bagels. Mayo said she and Legg didn’t have any hard feelings toward Aston, adding that its representatives were transparent about the anticipated changes coming to the shopping center. She did say that the adjacent storefronts that remained empty during Aston’s negotiations with Marshalls was hard on business.

“The only hard feelings we have…is that they were keeping [shops vacant] and not letting small businesses come in while holding out for a national chain,” Mayo said, adding that when Vidant’s Urgent Care Center moved out of the center, foot traffic slowed. “Our days looked a lot different,” she said.

Aston Properties will return to the Southern Shores planning board during its August 16 meeting with an updated site plan for the board’s consideration. “If things move through as hoped, and we are through Council in mid-September, we’ll have a period of design that we have to complete, and obviously permitting and demo,” Partee said. “I would expect that we might be in a position to start demo around the first of the year.”

As for the prospective opening of Marshalls, Partee said she felt like it would be a win all around.  She added that there will be a 6,000-square-feet of new construction in addition to the 24,000-square-foot Marshalls.

“A lot of times, when you have a Marshalls, you have other tenants who suddenly decide they want to be part of the project,” Partee said, adding that Aston is in negotiations with another tenant who is interested in leasing that space. While she said it was too early to say which retailer that may be, she did confirm it was a national chain.

Upgrades to the existing parking lot in the western section of the center will also be part of the site plan that will go before the planning board next month. Partee noted that the area will be reconfigured to better suit the Marshalls and the shops that are in that corner of the shopping center.