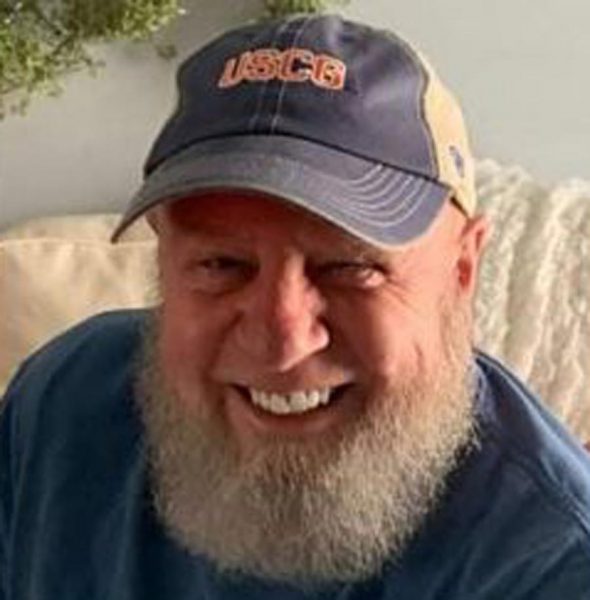 David Edward Jackson, age  67, of Elizabeth City, NC went to be with the Lord on Tuesday, September 14, 2021 at Sentara Heart Hospital in Norfolk.  A native of Gaston County, North Carolina, he was born October 31, 1953 to Floyd Jackson and Joann Jenkins Jackson and was the husband of Martha Moxley Jackson.  David served his country honorably in the United States Air Force for four years and the United States Coast Guard for twenty-two years as a flight engineer and he was a city fireman in Gastonia, NC.  He loved his grandchildren beyond measure and Martha, the love of his life for forty years.  He was fiercely devoted to his family and friends. His love for the Lord was his beacon; and he was very active in his church, New Life Assembly of God.  He was an outdoorsman, enjoyed riding motorcycles, travelling and being retired.  He will be deeply missed by his family and friends.

The family extends their gratitude and thanks to friends and family who reached out in love and support.

A private service will be held in October in the mountains of North Carolina.  Twiford Funeral Home, 405 East Church Street, Elizabeth City, NC 27909 is serving the family of Mr. Jackson.  Online memorial condolences may be sent to the family at www.TwifordFH.com.  To plant a tree or send flowers to the family, please visit www.TwifordFH.com/send-flowers.