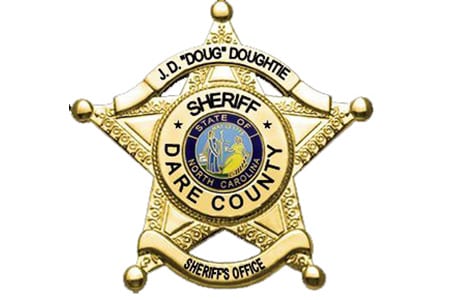 On October 10, at 7:22 p.m., a citizen called the Dare County Sheriff’s Office Central Communications to report they heard gun shots in the area of Exeter Street in Manteo. A Manteo Police Officer arrived in the area and heard several gun shots.

Sheriff Doug Doughtie, several Deputies and Manteo Police Officers arrived and found the offender to be Mr. Christopher Bland, 39, of Manteo. Mr. Bland had shot several times in the yard of his residence. Mr. Bland was charged with discharging a firearm in violation of County Ordinance, arrested and taken to the Detention Center where he will be presented to the Magistrate Judge.