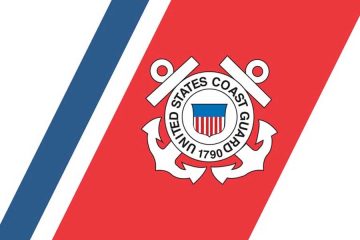 This Oct. 10 update from the U.S. Coast reports that two people believed missing from a capsized canoe near Portsmouth Island have been found alive while the search continues for a third person still missing.

“The Coast Guard is searching for a 27-year-old woman in the vicinity of Portsmouth Island in Ocracoke Inlet Sunday, Oct. 10.

Watchstanders at Coast Guard Sector North Carolina command center received a report via 911 at approximately 4:15 p.m. on Saturday, Oct. 9 of a capsized canoe with two people aboard. Watchstanders subsequently lost communication with the reporting source, who was a member of the same group.

The Jayhawk helicopter aircrew located a conscious male survivor alongside a green canoe approximately 2.8 miles offshore of Drum Inlet, at approximately 9:54 a.m. on Sunday. The survivor was hoisted into the aircraft and transported to Carteret Hospital in Morehead City, North Carolina.

A second survivor, the original reporting source, was found ashore on Great Island by a good Samaritan, at which point he reported swimming to shore and had last seen the missing person in the early morning hours of Sunday.”