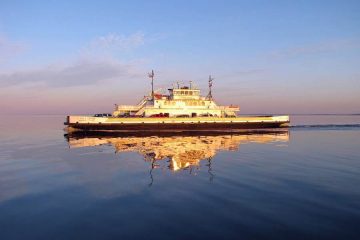 The South Ferry Terminal, the dock for the Hatteras/Ocracoke passenger ferry, is increasingly at risk.

As the NC12 Task Force continues to address how to keep open the only road connecting Hatteras and Ocracoke Islands with the rest of the world, consensus is growing within the group that short-term and temporary fixes will not solve the problem.

At its Oct. 14 meeting in the Dare County Administration building, the working group of the NC12 Task Force subcommittee stakeholders discussed how to address the hotspot between Frisco and Hatteras Village.

The group had come to consensus that a bridge in the sound was going to be needed to bypass the Frisco/Hatteras hotspot and the discussion was focusing on where on the Frisco side it should begin. At the Oct. 14 meeting, National Park Service Superintendent Dave Hallac cautioned against short-term solutions.

“A study had been done showing that the short-term solutions that are put into place…are having long term impact,” Hallac said. “For example, every time you push that dune back up and make it higher, it prevents the overwash from making the island wider, and for making elevation where roads could be higher. So you’re actually exacerbating the problem with a short-term solution.”

“What I’m hearing is that we’re going to look at short-term nourishment to preserve the road. Long-term, we’re going to look at a longer bridge alternative…that extends the bridge from around the bathhouse area into the sound to avoid that whole area,” said Task Force Chair and Dare County Manager Bobby Outten.

Located on the north end of Ocracoke Island, most of the visitors to Ocracoke arrive through the terminal — but the highway and the terminal are increasingly at risk. Shoaling in Hatteras Inlet has doubled the transit time for ferries, and the terminal itself is endangered.

“The…problem you have is that the physical South dock structure is eroding away extremely quickly to the point where we declared this an emergency,” Hallac said.

A potential solution, and one that is currently being studied, would move the South Terminal to a location just to the north of the island’s pony pens.

However, moving the terminal would exacerbate the existing problem that the longer ferry runs are negatively impacting Ocracoke’s economy, something Ocracoke representative Bob Chestnut pointed out in his remarks.

“If you have the same number of ferries and your trip is twice as long, you can only carry half as many. So it does…impact the people that come in,” he said.

There are several concepts for the plan, but the most current NCDOT studies were not included in the working group’s information, and the decision was made to table the discussion until the November meeting when the material will be available. 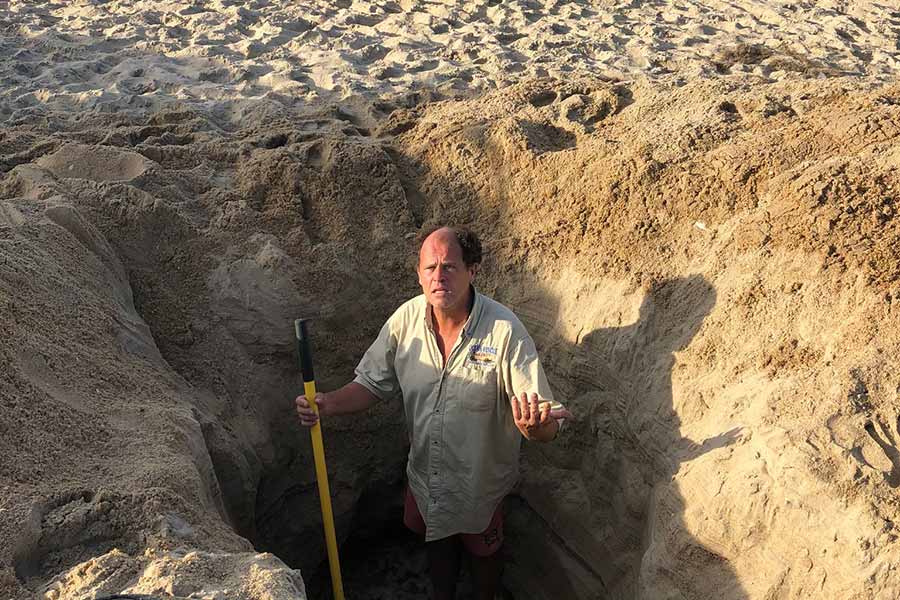