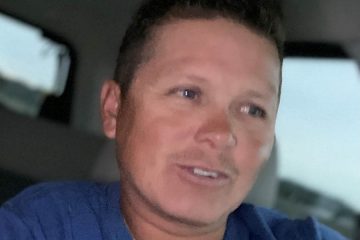 The U.S. Department of Labor’s Occupational Safety and Health Administration (OSHA) has found that PCL Civil Constructors committed “two serious violations” in connection with the accident at the old Bonner Bridge that killed worker Jose Armando Maqueda Mejia this past April. The agency has proposed penalties of $23,210.

Mejia left behind his wife of 22 years, Crystal Ambrose Maqueda, and his children Marriah, Brandon and Roman. A gofundme campaign for the family Fundraiser by Beth Storey : Family of OBX bridge worker killed in collapse. (gofundme.com) has raised more than $31,000 to date.

Here is the OSHA statement.

“A federal workplace safety investigation found that established procedures were ignored, causing a 42-year-old welder on the Bonner Bridge in Rodanthe to fall more than 50 feet to his death when the structure collapsed on April 14.

The U.S. Department of Labor’s Occupational Safety and Health Administration cited PCL Civil Constructors with two serious violations for failure to use engineering surveys or calculations to control the structure’s stability and avoid unplanned collapses. OSHA also found the employer overloaded bridge sections beyond weight capacity and exposed workers to struck-by and crush-by hazards. OSHA has proposed $23,210 in penalties.

“PCL Civil Constructors violated federal safety standards and a worker needlessly died as a result,” said OSHA Area Director Kimberley Morton in Raleigh. “If they had followed well-known standards, this tragic loss of life could have been prevented.”

Jose Armando Maqueda Mejia grew up in Mexico and moved to the U.S. at the age of 18. In 1999, he moved to Manns Harbor with his Uncle Pablo Mejia Ocampo where he met his wife and started his family.