‘This is in the forefront because it’s so prevalent’ 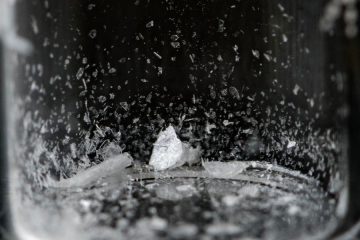 On Sept. 13, three individuals — two of whom died and one who was hospitalized — were found inside a Manteo residence, the result of what is suspected to be drug overdoses involving fentanyl, a deadly synthetic opioid. Although not confirmed, word quickly spread on the Outer Banks of as many as 10 or so overdoses, possibly at the same party, among people who ingested the drug unknowingly.

Two days later, Dare County released a video from the Saving Lives Task Force featuring Dare County Commissioner Ervin Bateman, himself a member of the recovery community, warning of drugs’ deadly toll on the county. The following day, on Sept. 16, Governor Roy Cooper signed NC Senate Bill 321, which changed possession of fentanyl from a misdemeanor to a Class I Felony, signaling a statewide emergency.

A few weeks later, the DEA issued a public safety alert warning that international drug networks are flooding the U.S. with lethal counterfeit pills containing fentanyl and meth, falsely marketing them as prescription pills, and killing an alarming number of unknowing Americans. On Sept. 30, the agency announced it had seized 1.8 million fentanyl-laced pills and 1,570 pounds of fentanyl and arrested 800 people in a massive nationwide sting operation.

“This is a national emergency,” asserted DEA Administrator Anne Milgram at the press conference. All of these recent events have served to help put the law enforcement and treatment community focus firmly on the havoc being wreaked by fentanyl – nationally, in North Carolina and on the Outer Banks — which includes deadly  consequences for people who use the drug unwittingly. 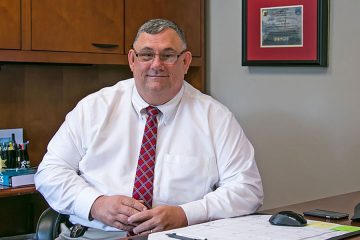 Doug Doughtie: “People may be surprised that it’s reached that far into our small community.”

In a Voice interview, Dare County Sheriff Doug Doughtie said his department is still waiting for a toxicology report to confirm the cause of death for the two people who died on Sept. 13. And while acknowledging they could have occurred, his office has said it is not aware of any other overdoses connected to those cases.

But Doughtie confirms that the drug unit of the Dare County Sheriff’s Department has been carrying out local investigations on fentanyl and people with ties to the cartel in this area, and that his deputies have seen fentanyl pills being spread around the beach. “People may be surprised that it’s reached that far into our small community,” Doughtie stated. “I know people don’t usually see what we do, so they might not be aware of that. But this is in the forefront because it is so prevalent.”

Tracking overdoses is certainly not an exact science, but one metric worth looking at is the number of times the rescue drug naloxone has been administered to people who have overdosed by Dare County EMS and law enforcement officers. Naloxone is used to quickly reverse the affects of an opioid overdose.

A statement to The Voice from B. Fleming, of the NC State Bureau of Investigation’s (SBI) Criminal Enterprise Investigation Unit, stated that “Illicit fentanyl is being regularly seized across the state in increasing frequency. The SBI has also seen an increase in the prevalence of counterfeit, criminally produced pills. These look like legitimate prescription medications in size, shape, color and markings, but pose a grave danger to unsuspecting citizens.”

He also warns that prescription medications should only be obtained from a licensed pharmacist and any pill illegally obtained from elsewhere should be assumed to be counterfeit and potentially deadly, noting that just two milligrams of fentanyl are considered fatal, an amount equal to roughly two grains of table salt.

North Carolina is set to receive $750 million in settlement fees next year as part of a national $26 billion national settlement from three pharmaceutical companies that distributed opioid painkillers as addiction and overdose deaths rose to alarming numbers.

According to Ervin Bateman, “the addiction to opioids” is at the heart of the fentanyl crisis.

“All of a sudden, you are looking for things that are cheaper,” he explained. “And unfortunately, fentanyl is cheaper then oxycontin, percocet, etc., therefore they’re going to go for the cheaper thing. And then the worst part about it is you are hooked on a medication that a doctor prescribes in good faith, and you take it in good faith, and you have a need for it at the time. And then all of the sudden, you’re hooked and then you have to go basically onto the open market to buy drugs.”

According to Dare County Commissioner Wally Overman and Roxana Ballinger, co-chairs of the Saving Lives Task Force, fentanyl can be a hidden killer since many people don’t know they are taking it. And there has been a recent uptick in it being added to other recreational drugs. 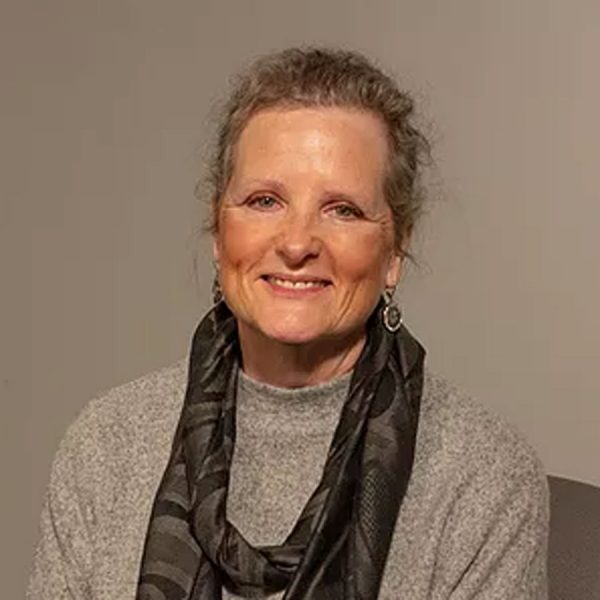 Roxana Ballinger: “All the stuff that’s out there now, all of it has fentanyl in it.

“All the stuff that’s out there now, all of it has fentanyl in it. Law enforcement will tell you that. You don’t know how much fentanyl is in it and that’s the risky part,” says Ballinger.

Fentanyl can be mixed with heroin, cocaine, crystal meth, marijuana, Xanax, other opioids and countless other things. One reason, according to JoAnn Hummers, local addiction specialist, is that it creates a more powerful high.

“The people buying it from these sources are getting good feedback from their customers, so they go back and want to buy even more,” says Hummers. The person selling it to the customers might not even know that it is laced with fentanyl. The problem is that fentanyl is reported to be about 50 times stronger than heroine and 100 times stronger than morphine.

Other reports say it may be getting mixed in accidentally, in the distributers’ kitchens, since they are packaging fentanyl and other drugs on the same counter and the lethal dose for fentanyl is such a small amount. But Overman says it’s doesn’t matter why.

“If somebody is making this, whether it is accidental or on purpose it doesn’t really much matter. If you are on the receiving end of it, it’s sort of like buyer beware. That’s what it’s coming down to,” he says.

People in the community are now wondering what they can do.

“Right now, locally, if you have a drug problem and you call the crisis hotline and ask for help, they’ll put you in touch with someone to talk to. There’s a mobile crisis [team]. We’ll get you into a detox, we’ll arrange transportation, and then also we’ll try to find a treatment center for you,” says Bateman.

“So, in Dare County there’s no reason for someone who wants help not to get it. But the person has to want it and you have to want it really bad, more than you want to be high, in order to be successful at it,” he added. “Getting sober isn’t something you do one time and you’re cured. You have to work at it your whole life.”

And for the people who don’t feel like they have an addiction and use drugs at parties and recreationally, Overman says he wants to just say ‘no.’ But he knows that isn’t realistic, so he says this:

“You’re dealing with unknowns in this product…The concern would be, and as witnessed by what we saw on September 13, you can’t tell by looking at it if it has fentanyl in it, or how much is in it, or anything else, and that’s where these folks are getting into real trouble. And the folks that are doing this recreationally need to consider that before they start whatever they do with it.”

Here are some places to turn if you need help.