By Outer Banks Association of REALTORS (OBAR) on October 27, 2021 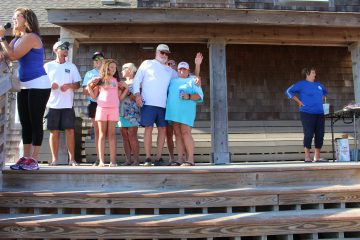 Nags Head, NC.   The Outer Banks Association of REALTORS® (OBAR) held their 24th Annual Charity Surf Fishing Tournament on October 15, 2021.  The charity event benefited the Association’s Disaster Relief and Scholarship funds held with the Outer Banks Community Foundation.  Seventeen teams cast their lines at the event and over $7,300 was raised.

Surf Fishing Chair Aimee Pitts of Wells Fargo Home Mortgage said, “It was one of the most beautiful days to have the tournament that I’ve ever seen.”  She continued, “Everyone was generous, had fun, and caught some big fish.  I would like to give special thanks to the local businesses and OBAR members that provided raffle prizes for the big day.”

The team Beach Bums Hooking with Captain Bonnie Langdale took first place and won the top prize of $600.  The Blue Tales team with Captain Ken Baittinger took second place and won $300.  The team Calibrators with Captain Kelly Bergenstock was third and generously donated their $150 prize back to the OBAR Scholarship and Disaster Relief funds.  Two lucky fishermen were recognized for having caught the two largest fish—both black drum that were 24 and 23.5 inches in length.

A raffle Yeti cooler package donated by Farmer’s Daughter and Cola Vaughan Realty worth $600 went to Jackie Ricks-Sample.  The package included a Yeti Roadie 24 and an assortment of t-shirts, hats, and Yeti drinkware.

OBAR is still raising money for the event.  A staycation silent auction prize is up for grabs.  The auction includes a three-night stay at a local vacation rental, a Trio wine tasting for twelve with swag, and $50 in gift certificates to local favorite Saltbox Café in Colington.  The auction is open until 11:59P on Sunday, October 31, 2021.  Click here to place a bid.

OBAR has awarded over $253,000 to 163 local seniors over the last several years and has distributed thousands of dollars in relief to local disaster victims. 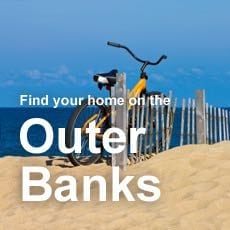