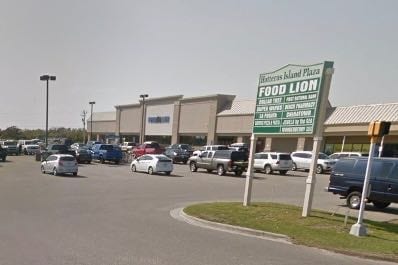 The owners of Hatteras Island Plaza in Avon have submitted a request for a zoning text amendment that would pave the way for the demolition of the vacant RC movie theater at the shopping center and replace the building with multi-family structures.

The Dare County Board of Commissioners, during its Nov. 1 meeting, set a public hearing for Nov. 15 to hear the request. Brantley Tillman and R.V. Owens submitted the application on behalf of OT Enterprises.

If approved, it would allow for approximately 20 units at the site.

One of the largest shopping centers on Hatteras Island, construction of the plaza began in 1998. It is home to Food Lion and a number of other storefronts including a movie theater building that has been vacant for a number of years.

If approved by commissioners, one zoning text amendment would allow for a density bonus of 10 units per acre only in areas of the C-2 and R-3 zoning districts where group developments existed prior to 1992 and that are also served by a central wastewater treatment plant.

Because of those requirements, Dare County Planning Director Donna Creef said that the text amendment was very narrow in scope.

A second zoning text amendment would slightly relax lot coverage requirements for the parcel by 3 percent. The Dare County Planning Board recommended approval of the text amendments at its Oct. 11 meeting.

“The issue of housing has been an issue for decades,” stated Planning Director Donna Creef in a staff memo to the board. “The application of dwelling density bonuses such as those requested by OT Enterprises is a commonly-used approach to address housing shortages.”