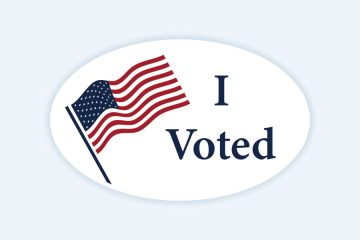 Elizabeth Morey handily defeated Rod McCaughey in the only contested mayoral race in Dare County as the votes were counted in Southern Shores on Nov. 2. At the same time, a few incumbents were defeated in the contests held across the county’s six municipalities.

About 21% of the county’s nearly 17,000 eligible voters turned out to cast ballots in the 2021 local fall elections.

Morey, who currently sits on the Southern Shores Town Council, defeated McCaughey by a margin of 724-376 votes, according to the unofficial results. In the race for an open council seat in the town, Paula Sherlock won with 538 votes compared to John Carter at 284 and Anne Sjoerdsma with 282.

In Manteo, an incumbent may have also been ousted from the board of commissioners. These results show Christine Walker running fourth in the battle for three seats with 167 votes, although that leaves her only four votes behind current third place finisher and challenger Ruth Jane Stetson (171). The two candidates clearly victorious are challenger Sherry Butcher Wickstrom (184) and top finisher, incumbent Commissioner Eddie Mann (204). Incumbent Mayor Bobby Owens also faced no opposition.

The ballot with the most names on it was in Duck, where eight candidates competed for five seats on the council. The top five finishers are, in this order, challenger Tony Schiano (211 votes) and incumbents Monica Thibodeau (210), Don Kingston (178), Rob Mooney (168) and Sandy Whitman (160). The three candidates who appear to have been defeated are Joseph Blakaitis (142), Ben Vorndran (125) and James Bartlett (114).

Finally, in the one town with no contested races, incumbent Kill Devil Hills Mayor Ben Sproul and KDH Commissioners John Windley and Terry Gray will be holding those jobs for another term.