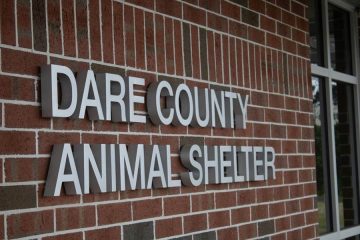 Citing the need to shift management responsibilities from the board of directors as the organization grows, the Outer Banks SPCA is looking for a new executive director — with the hope of completing its search by the end of the year.

In an interview with the Voice, Outer Banks SPCA Board President Mark Strausbaugh discussed the ongoing progress of the organization with the construction of the new $4.5 million shelter that opened in March (‘It’s been amazing…getting into this new building’), a new website and a growing social media presence. He also added that, “We’ve been extremely successful, just by dumb luck, raising money.”

Describing the new job as being “more on the administrative side,” Strausbaugh characterized the creation of the position as an attempt to “take the pressure off the board and let [Director of Shelter Operations Chrissea Rothrock] concentrate on what she does best — which is the animal side.”

The ad soliciting candidates for the new position lists such desired qualifications as at least three years in a managerial role and experience working in non-profits. It also states that the new Executive Director “will be the public face of the OBSPCA.”

Rothrock, a veteran SPCA employee who was appointed interim Director of Shelter Operations in May 2019, was given that job permanently in March 2020. Her initial interim appointment came as the organization announced that Director and Shelter Manager John Graves – whose tenure was tinged with controversy — had “transitioned out of the organization.”

Asked about the timeline for finding an executive director, Strausbaugh said that “we’re trying to get it [done] by the end of the year, but that’s not etched in stone.”

“It’s a whole new direction for us,” he acknowledged. “We don’t know where this will end up.”