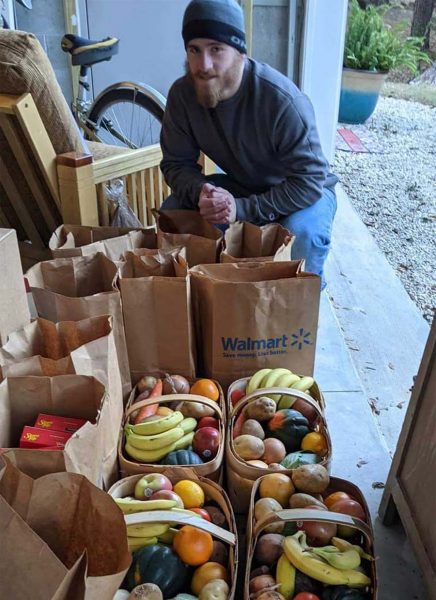 Nineteen-year-old Southern Shores resident Sean Stultz has always been drawn to helping people. This Thanksgiving was no exception. 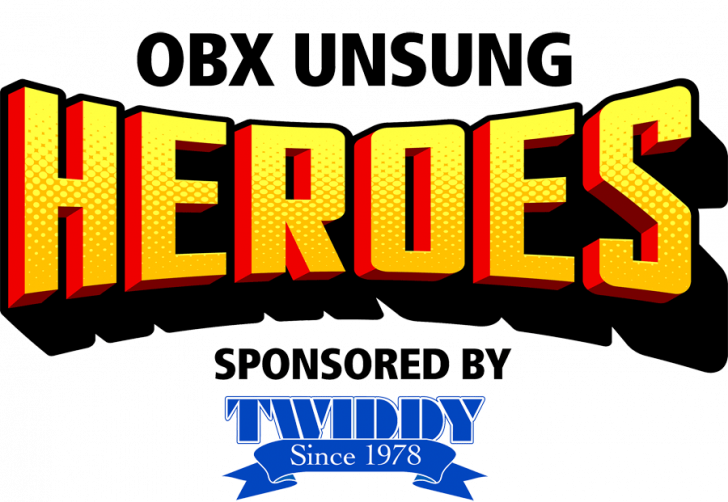 With the help of community leaders in Manteo, the First Flight High graduate was able to identify seven local families in need, along with an eighth family in Currituck. Stultz went to the grocery store and used his own money to purchase menu items for a complete holiday dinner for each of the families – including turkeys and all the fixings, pies and rolls.

Tarheel Too produce market pitched in to help Stultz by donating produce baskets to the families and his Bible study group from Kitty Hawk Methodist Church helped to package them up. He also enlisted youth from his church to help make wreaths and bake cookies for the families.

Stultz, a landscaper and student at the College of the Albemarle, said he got the idea to provide the holiday dinners earlier this year during a Bible study meeting.

“My friend [Michael Soriano] and I, we’ve always been giving back to the homeless throughout the years, always buying them pizzas and hanging out and talking with them,” Stultz said, explaining that the two would often spend time with homeless members of the community at the ballfield near Third Street in Kill Devil Hills. The idea to provide Thanksgiving dinners “just hit me because we had always tried to get out during the holidays to help.”

The day before Thanksgiving, Stultz cooked up a big pot of gumbo and brought it to the Kitty Hawk Park in the hopes of providing a warm meal to the homeless. He advertised the meal at local businesses as well as the police department and displayed flyers. While he was able to feed about 10 people at the park, he said that unfortunately, members of the homeless community were not among those 10.

When asked what inspires him, Stultz said, “I guess what motivates me is the Lord, you know, going to church and the Lord speaking to me in all these great ways.”

As for continuing to provide dinners during the holidays, Stultz said he is already thinking about how he can do the same thing at Christmas. And spending his own money on these efforts comes naturally to him.

“People say I should have gotten more donations, or this or that. But really, the money thing doesn’t even matter to me,” he asserted. “I work a lot, so I get the money and I think it’s good to give it back to the community. You know, kids my age will just spend it on stupid stuff. So, I think it all went to good, and just made me feel great.”