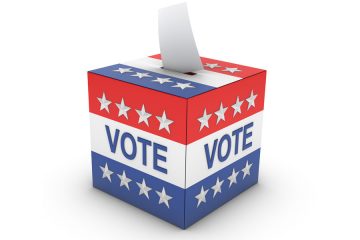 Update from the North Carolina Board of Elections: In a reversal of a ruling earlier in the day, the full North Carolina Court of Appeals ruled on Dec. 6 that candidates for the U.S. House, N.C. House and N.C. Senate can begin filing their candidacy paperwork on Tuesday Dec. 7. The flurry of legal action comes after lawsuits were filed challenging the state’s newly drawn redistricting maps.

Dec. 6 at 2:14 pm: In another twist in the legal drama over the newly drawn North Carolina redistricting maps, the North Carolina Court of Appeals has halted filing for congressional and legislative races — which were slated to begin on Dec. 6 — to at least until Thursday, Dec. 9 at noon.

The injunction only pertains to filing for seats included in the newly drawn maps that make significant changes to district lines for US House and North Carolina Senate and House. All other seats — including judicial, local commissions and boards of education — are open for filing candidate forms.

An order issued on Dec. 6 by the Appeals Court states: “The motion for temporary stay filed by Plaintiffs on 6 December 2021 is allowed in part to enjoin Defendants from opening of the candidate-filing period for the 2022 primary elections for Congress, the North Carolina Senate, and the North Carolina House of Representatives pending this Court’s ruling on Plaintiffs’ ‘Petition for Writ of Supersedeas or Prohibition.’ The period for Defendants to respond to Plaintiffs’ petition shall close at 12:00 p.m. on 9 December 2021. A ruling on the petition will be made upon Defendants’ filing of their responses or the expiration of the response period if no response is filed”

The appeal to the higher court was filed on Friday Dec. 3 after a three-judge panel of Superior Court judges declined to halt the filing period. If the Appeals Court’s determination is such that either plaintiffs or defendants disagree, it may be appealed to the NC Supreme Court.